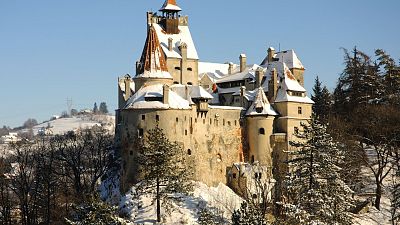 Our guide to the scariest properties you can actually rent out this Halloween   -   Copyright  Canva
By Sarah Palmer  •  Updated: 27/10/2021

Fancy a fright this Halloween?

Perhaps one of the most far-reaching festivals in the calendar year, Halloween is celebrated around the world in many ways, shapes and traditions.

In Latin America, Spain and Mexico, Día de los Muertos (All Souls’ Day) is a three-day long festival to honour the dead. Families build altars decorated with photographs, flowers and sweets while cooking up the deceased’s favourite meals.

For Ireland and Scotland, the ancient Celtic festival of Samhain (or New Year’s Eve) is marked by the lighting of bonfires to celebrate the end of the harvest season and beginning of winter.

Meanwhile in the US, Halloween has become a popular commercial event. Trick-or-treating, costumes and pumpkin carving came into fashion in the 19th century, when the country saw an influx of Irish and Scottish settlers.

Since Halloween was cancelled last year, we’re ready to go all out in 2021. How about staying in one of the spookiest rentals on the market? Here’s our list of scare inducing stays from around the world.

Once an ordinary enough house in the ancient market town of Great Dunmow, the owners of Talliston House and Gardens have transformed the property into a magical labyrinth of rooms. Each is set in a different time and place.

The Haunted Bedroom, recreates in nightmarish detail the bedchamber of a seven-year-old Edwardian child complete with books and toys.

Take a look inside here.

Conveniently located in one of the US’ most haunted cities, Laura’s Cottage was built in 1799. While the current owners have totally modernised the space - most importantly adding WiFi - its decor remains full of historic character.

Rumour has it, Laura herself is still very much present at the cottage too. According to accounts from travellers who have rested their weary heads at the house, she has been known to open windows and turn lights on and off every now and again.

Check it out here.

Now functioning as a hotel, this Italian estate has a chilling backstory.

Back in 1467, a young woman named Barbara fell in love with an army captain, Matteo. They planned to elope but when her father caught wind of the affair, he locked her in the tower and exiled Matteo to France. Barbara was unaware of the exile and died in the tower, waiting for him to return.

Some guests have said they can still see her peering out from the tower window to this day.

This small-scale castle just 10km from Moscow is said to house a ghost who appears once a week at midnight. But don’t worry, this impressive rental sleeps nine people, so you can take backup.

As well as a phantom with fantastic timing, it’s also home to several swimming pools, a billiards room, a sauna and acres of gardens. There’s plenty of places to escape the scary stories that haunt this chateau.

This more than 600 year old, time capsule of a property captures the history behind the city of York in the UK’s north.

The apartment looks out over the iconic York Minster and is clad in characterful wooden panelling. Nearby attractions such as the York Dungeons and Hallowscream, hosted at York Maze, make this the perfect place for some festive frights.

A few years back, Dracula’s own castle was listed on Airbnb as part of a competition which meant winners could stay there on Halloween night.

While you can’t stay there right now, we’re staking our hopes on this becoming an annual tradition.