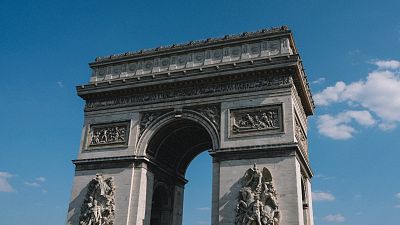 The Arc de Triomphe is one of the most monumental arches in Paris   -   Copyright  Unsplash/Canva
By Sabrina Fearon Melville  •  Updated: 21/05/2021

With holidays making a comeback this summer, more and more European countries are opening their borders to travel, including Portugal, Greece, Italy and Spain. COVID-19 restrictions constantly being updated, and the UK has just revealed its traffic light system for travel.

At Euronews Travel we like to give you plenty of suggestions of places to visit and must-see destinations. But where should you be avoiding?

We put this question to our 55,000 followers on Instagram and asked which classic holiday destinations are the most overrated.

Here are their answers:

Paris is known as the ‘City of Love’, but for lots of our followers, it’s a hard-pass.

With 2.9 million residents in Paris alone, the city reaches full capacity during the holidays with some 12 million foreign tourists entering the city in 2019, and a further 12 million French nationals flocking to the capital.

All this makes for a very crowded summer break - and given how small the Mona Lisa is in person, crowds are only going to obstruct your view at the Louvre.

‘A complete waste of space and electricity’

While New York is a bustling hub of culture and life, according to our followers Times Square isn’t everything that Home Alone made it out to be.

Known for the New Years’ Ball Drop and a number of celeb performances, outside of December and the festivity the winter season brings, Times Square is decidedly drab and according to our followers just somewhere worth visiting once.

‘Overrun with influencers and eye-wateringly hot’

Ever-popular with influencers, Dubai has become the place to be seen for Instagrammers and YouTubers alike. This makes it a popular suggestion among our audience for being ‘overrated’.

According to one of our followers it’s now “as common as a shopping centre” - except if your favourite shopping centre was filled with reality TV stars and was regularly warmer than 40C.

‘Avoid at all costs’

Another American “tourist-trap of a destination” (according to our audience) is Hollywood.

Forget about spotting your favourite actor’s star on the Walk of Fame, they’re all underfoot!

In fact in 2019 the Hollywood Walk of Fame was dubbed the worst tourist trap in the world - and our followers certainly seem to agree.

This party-central destination is the third largest island in the Balearic - but definitely the most popular. In the summers you can expect young people to flock to the island for a number of music festivals, including Ibiza Rocks.

The Ibiza Tourism Board has been steadily working to change perceptions of the island by making it a more ‘family-friendly destination’ outside of its summers.

Gaining popularity in the last few years, has many people thinking that Bali deserves the top spot in this list of ‘overrated’ destinations.

But if you go off the beaten track, past all the popular beaches you are more likely to discover an authentic Bali which isn’t swept up by mass-tourism and carefully curated spots perfect for Instagram.

Followers suggest Dusa Nua if looking for somewhere more off the beaten track but just as luxurious.

Where do you think the most overrated destinations lie? Let us know on Twitter by tagging @euronewstravel.

Olympic FOMO? Take a virtual tour of Tokyo and feel like you’re there