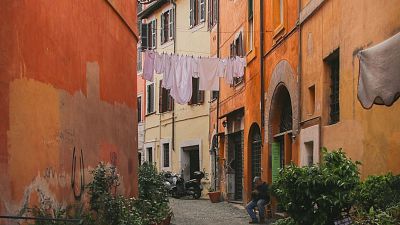 For many visitors to an exciting new city, the lure of seeing and ticking off the ‘sights’ means they may only enjoy a rushed, surface-level experience. Zigzagging across the tourist trail can often mean just a fleeting glimpse into a city’s culture and spirit, without ever really getting under its skin.

From the echoes of lively evening conversations at the local wine bar to jaunty street art bringing a splash of personality, neighbourhoods give cities their character and uncovering them can make that long-awaited holiday so much more fulfilling.

Here’s a few of Europe’s most alluring neighbourhoods for a slow meander.

It’s difficult not to be seduced by Montmartre. While receiving its fair share of tourists, Montmartre’s rising hills and twisting streets means that unlike some of Paris’s other famous districts, it never feels overrun. Heading north from the traffic-heavy hum of Boulevard de Rochechouart into the neighbourhood’s cobblestoned avenues, colourful bistros and village-like atmosphere can feel a little surreal, like a contemporary Alice-in-Wonderland.

Once an artistic haven at the turn of the 20th century, luminaries such as Van Gogh, Monet and Renoir all lived in and took inspiration from Paris’s most picturesque neighbourhood. These days it’s perhaps more well known as the setting for the absurdly charming 2001 film Amélie (unsurprisingly, walking tours are available).

But if nothing else, Montmartre is simply a great place for enjoying views over Paris. Watching the sun set from the steps of Sacré-Cœur while the lights from the distant Eiffel Tower flicker on is a scene that never gets old.

A city whose recent history informs its present like maybe no other, Berlin’s past is inescapable and colours every street. And perhaps nowhere in Germany’s capital embodies its transformative spirit more than Kreuzberg, the once poor West Berlin neighbourhood enclosed on three sides by the hideous wall that became a colourful home to immigrants, creatives, artists and misfits.

Though gentrification inevitably made its way here, a walk through Kreuzberg is exhilarating, as if you’re at the epicentre of all that matters in modern Berlin. Crossing the gothic Oberbaum Bridge into the neighbourhood from Friedrichshain, you’re presented with effervescent streets pulsating with life, from speciality coffee joints in the day through to late-night street food vendors as the busy bars spill out onto the streets.

Street art is also a regular feature of life in Kreuzberg, with maybe none more striking than Victor Ash’s massive Astronaut Cosmonaut on Mariannenstraße. While Berlin is home to almost 450 art galleries, a stroll through this neighbourhood is a visual treat by itself.

Occasionally it’s good to get lost, and Lisbon’s oldest neighbourhood is just the sort of place for a serendipitous stroll through time. A hillside labyrinth of narrow streets and quaint squares, Alfama’s old-world charm mixed with gorgeous views out to the glittering blue coast make it an enticing slice of Lisbon to explore.

Long associated with fado, it’s said that Alfama is where Portugal’s mournful vocals-and-guitar music was first born. Originally conceived in Lisbon’s 19th century sailing community amid feelings of longing and loss, you can hear its distinctive melancholy sound echoing through many of the houses and restaurants of this old neighbourhood. The rustic Parreirinha de Alfama is one of the finest restaurants to get an authentic flavour of fado.

Alfama’s lofty location saved the neighbourhood from the catastrophic earthquake of 1755 and the vistas from one of its many miradouros (viewpoints) are some of the finest in Portugal. Head to the Portas do Sol for a romantic panorama of colourful houses, falling redbrick roofs and distant crystalline waters.

“Nobody goes to bed in Madrid until they have killed the night,” wrote Ernest Hemingway in Death in the Afternoon. In a city famous for its sheer number of drinking establishments, Malasaña is the neighbourhood that’s most likely to tempt you into the warm embrace of cocktails and conversation.

Though it’s not just bars, bistros and vinotecas that line the lively streets of Malasaña. Peppering its walls and alleyways, street art has long been a premier form of expression in this creative barrio. Some of the most arresting work can be found in the Plaza Callao and Conde Duque areas. And don’t miss the Museum of Romanticism on Calle de San Mateo as a small but elaborate alternative to the always-busy Prado and Reina Sofia museums.

But this is a neighbourhood built for the night. From dark energetic jazz clubs to glossy cocktail bars, Malasaña draws an eclectic non-conforming crowd that’s open to almost anything as long as it’s in the name of having a good time.

Flanked by some of the most famous sights in Rome, Monti is an elegant haven of bohemian cafés, stylish bars and artisan shops that’s slightly at arm’s length from the tourist trail. Despite lying in the shadow of the Colosseum, its cobblestoned streets are ideal for meandering and breathing in the lively Roman atmosphere.

Once a lower-class slum with a nefarious reputation during the empire, the neighbourhood eventually gentrified into a chic and well-heeled district that’s ideal for watching the world go by, especially from the vibrant Piazza della Madonna dei Monti.

The ancient relics and ivy walls reflect a deep history, but it’s a neighbourhood that’s had a shot of youth in the arm too. A favourite of locals and expats alike, visitors here are just as happy to peruse ornate vintage stores as they are to kick back with an aperitivo. Perhaps none reflect Monti’s 21st century outlook quite like the neon-infused cocktail bar Drink Kong.