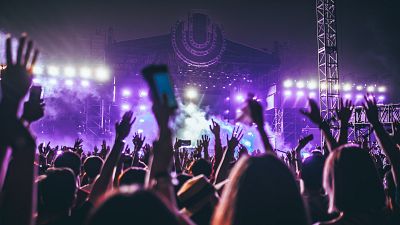 The pandemic has had a lot of us music lovers stressing that we might not get to experience Glastonbury until we’re approaching our pensions.

It’s a valid concern, given that live music seems to be a...lower priority than other industries when it comes to things opening up again.

After daydreaming for months on end about sipping a cold (or tepid, we’re not fussy) drink in the hot sun to our favourite bands, it’s great news that some European festivals are finally planning to welcome concert-goers as the weather warms up.

If the sight of New Zealanders attending gig in their thousands fills your soul with sorrow, we might have a solution for you.

Here are the festivals that still plan on going ahead this year.

It goes without saying that the UK is home to Europe’s most diverse festival scene. From hosting metal weekends in muddy rural fields to dance music in Northern warehouses, it has it all.

Reading and Leeds attracted thousands of devotees year upon year to its two sites based in the north and south of England, along with swathes of young people fresh out of school.

When festival honcho Melvin Benn announced that the bank holiday weekend blowout will be going ahead, ticket sales went through the roof.

Traditionally a rockier affair, the festival has worked hard to create a patchwork of genres to appeal to as many people as possible over the years. Most memorably, Billie Eillish played to her largest ever crowd back on 2019’s main stage following the prolific success of her debut album.

This summer people can expect to see the likes of Stormzy, Post Malone, Liam Gallagher, and Doja Cat - and that’s just the bare bones of a lineup that is constantly being updated.

A successful vaccination rollout means that most attendees should be good to go. Those that haven’t been vaccinated will be expected to do a live COVID test in front of a doctor in the days prior, which will provide them with a ‘health passport’ of sorts for entry.

It’s looking as though a similar system could be implemented internationally in order to ensure maximum safety.

Organisers are finalising dates, but traditionally the second weekend of August.

A truly global experience, people of over 100 nationalities travel every year to spend time amongst Budapest’s landscape, accompanied by music from almost as many countries. Entitled the ‘island of freedom’, this is one for those that enjoy a bit of arts and culture mixed in with their chart toppers.

This year Hungary’s biggest and brightest is shrouded in mystery.

Ticket holders from last year's cancellation have been fortunate enough to be offered guaranteed entry this year, but there is little information on who is playing so far. The last festival was lucky enough to play host to The 1975, Ed Sheeran, and Florence + The Machine as headliners. If that’s anything to go by, you can expect a real combo.

We’ll be honest - we don’t know much else. But the website maintains that there will be a Sziget 2021 and we want to believe them!

Rebranded as Exit 2.0 given last year’s wave of cancellations, this year’s dance masterpiece celebrates its 20th anniversary with performances from David Guetta, DJ Snake and a back to back set from Four Tet and Eric Prydz.

Surrounded by incredible woodlands, Exit festival has grown lots since it’s inception back in 2001. It prides itself on being a stimulus to the Balkan creative industries, with an emphasis on being an environmentally conscious place to enjoy your favourite dance artists.

It’s incredible value for money too - €109 euros gets you four days in the city of Novi Sad, with an extra camping supplement for €30.

A post shared by WE LOVE GREEN Festival (@welovegreen)

A more diverse festival when it comes to activities, We Love Green offers a selection of music, comedy, art and talks. There’s even a dedicated area to tasting the best Parisian food stalls.

WLG has had its entire roster of artists carried over to 2021, so those attending will be fortunate enough to experience dance duo Disclosure and rapper of the moment Bad Bunny. Eclectic British legends Gorillaz have the entire first night dedicated to a special concert experience that promises a range of surprise guests.

Given they have collaborated with everybody from St.Vincent to Skepta on their recent project, it’s not one to miss.

TBC - but traditionally the final two weekends of July

You only need to look at the famously gargantuan set designs of this festival to know that it is the place to be. Tomorrowland prides itself on taking people on a mystical, EDM-driven journey filled with dragons, stained glass dancefloors and circus tents.

In fact, it’s so in demand that the whole thing gets a do-over one weekend after the other - Coachella style.

Arguably the world’s most famous dance music festival, many DJ’s play the best sets of their careers to crowds amassing 400,000 people. We don’t know a huge amount about Tomorrowland’s plans for 2021 but as of yet its organisers say preparations are ‘ongoing’.

If all goes to plan you can expect it to be bigger and better than ever.

Given the newest cancellation of neighbouring festival Primavera which takes place a month prior, people are now relying on Mad Cool to bring the best artists over to Spain for the summer.

As one of Europe’s newest big names, in its five short years Mad Cool has attracted some real game-changing performances. This year you can expect to enjoy Haim, Red Hot Chilli Peppers, Cardi B and Twenty One Pilots in the Spanish heat, but there are well over 100 different acts to choose from that’ll keep your schedule jam packed.

And it will cost you just a fraction of your average Iberian getaway for a four day stretch.

Every weekday at 21.00 CET, Euronews Travel brings you a story from somewhere different around the world. Download the Euronews app to get an alert for this and other breaking news. It's available** on Apple and Android devices.**

How to travel safely in Europe during COVID-19

Forbidden attractions: Why we want to visit places we shouldn’t