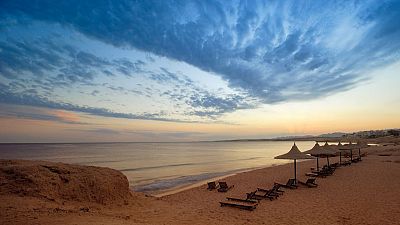 Sharm el-Sheikh was once a popular holiday choice, and Egypt wants visitors to feel as safe and secure as possible   -   Copyright  Getty via Canva
By Sarah Palmer  •  Updated: 09/02/2021

A 36 kilometre concrete and wire wall has been constructed around the popular Sharm el-Sheikh resort in Egypt. Authorities are hoping the new security measures will tempt tourists back to the resort following a fall in visitor numbers in the last 15 years.

In July 2005, bombings by terrorist group Abdullah Azzam Brigades killed 88 people at the resort. Protests in Cairo in 2011 (coined the Egyptian Revolution) caused upheaval across Egypt, including economic inflation which, according to officials, is steadier now. Then, as with countries around the world, the coronavirus pandemic has further set back Egypt’s tourism industry.

Why has Egypt built a wall?

Tourism industry chiefs are hoping the wall will restore confidence in this corner of the Sinai Peninsula as a safe holiday resort.

Now, anyone entering the city by road needs to pass through the wall. This can be done via one of four gates dotted along the length of the wall, which is also equipped with cameras and scanners.

Local governors have told the press that anyone arriving in the city can only do so after being searched.

What can visitors do in Sharm el-Sheikh?

Sharm el-Sheikh predominantly attracts tourists because of its beautiful beaches and proximity to the Red Sea. The resort is popular for snorkelling among dolphin populations, climbing the nearby Mount Sinai and quad biking in the desert.

The city recently opened an Ancient Egyptian artefacts museum in a bid to diversify the options available to visitors.

Here’s why you should add Egypt to your bucket list

Well, where else in the world can you enjoy luxury dining overlooking some of the most iconic milestones of the human race?

If you’re looking to extend your trip to Egypt beyond Sharm el-Sheikh, the Great Pyramids of Giza - located just outside Cairo (just across the Gulf of Suez) have recently had a revamp approximately 4,500 years after they were built to stand for eternity.

Cairo itself is a hot, dusty metropolis on the River Nile. It’s a paradox of ancient history and modern design, with a population of 20 million people who contribute to the pulse of the place.

The rest of the country, which is over 90 per cent desert, is home to natural wonders including the White Desert, a chalky phenomenon which looks more like snow than sand, the city of Alexandria (home to Cleopatra) and - of course - the beaches of South Sinai, including Sharm el-Sheikh.

Would the wall make you more likely to visit Sharm El-Sheikh? Tell us on Twitter @euronewstravel.