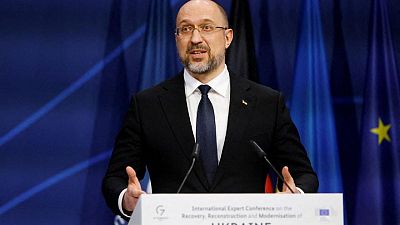 KYIV – Ukraine has enough coal and gas reserves for the remaining months of winter despite repeated Russian attacks on its energy system, Prime Minister Denys Shmyhal said on Tuesday.

Shmyhal said the situation in the energy sector remained difficult but under control after a months-long Russian campaign of drone and missile strikes on critical infrastructure that damaged about 40% of the energy system.

“For now all Russia’s attempts to plunge Ukraine into darkness have failed,” Shmyhal told a government meeting.

“We have enough reserves to continue and end the heating season in normal mode. About 11 billion cubic metres of gas are stored in gas storages and nearly 1.2 million tonnes of coal are in storages.”

Despite unseasonably warm weather in December and January, all Ukraine’s regions are experiencing scheduled electricity shutdowns due to an energy deficit. Grid operator Ukrenergo said that energy generation had picked up this week.

Shmyhal said the government had approved a decision to allow state oil and gas monopoly Naftogaz to receive a 189 million euro ($205 million) grant from the European Bank for Reconstruction and Development for additional gas purchases.

He said Ukraine also continued to work with partners to speed up repair works to recover generating and distribution facilities, to make the energy system less centralised and implement new energy efficiency programmes.