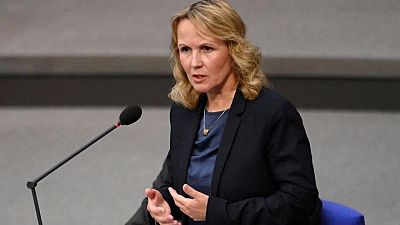 HAMBURG – German environment minister Steffi Lemke said on Tuesday she would soon send proposals to the cabinet for the country to withdraw from the use of crop-based biofuels to achieve reductions in greenhouse gases.

“Biofuels stand for land consumption and loss of biological diversity,” Lemke said in a speech on Tuesday posted on the environment ministry’s website. “To replace only around 4% of fossil fuel use in German road transport, a land space in Germany and abroad is needed which represents about 20% of the German agricultural area. That is not future-orientated.”

Germany’s programme to cut greenhouse gases includes use of blending biofuels, such as biodiesel and bioethanol, with fossil fuels to reduce emissions from road vehicles.

Oil companies have a greenhouse gas reduction target which they can partly fulfil with biodiesel often made from rapeseed oil or waste vegetable oils and bioethanol that can be produced from grains or sugar.

“I want to intensify the use of real biofuels produced from garbage, wastes and used edible oil,” Lemke said, adding she saw more potential to reduce the quota of greenhouse gas emissions in road transport using waste-based biofuels.

“Therefore we will, as soon as possible, propose to the cabinet the legal framework for a withdrawal from biofuels from food and animal feed crops.”

Germany previously announced it would ban palm oil use in biofuel production from 2023.

Lemke and German agriculture minister Cem Oezdemir, who are members of the Green party in Germany’s ruling coalition, have both called for the end of food crops in biofuel production, saying food is too valuable to be used for fuel output.

Use of food crops for biofuel production has been increasingly criticised in recent years, including as world food prices surged in 2022 following the war in Ukraine.