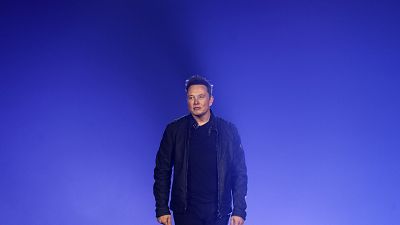 Elon Musk, who now heads five companies including Tesla and Twitter, said in a tweet on Friday that his companies will be well positioned in 2023 despite the possibility of a tough economy.

In his first company-wide email, Musk warned that Twitter would not be able to "survive the upcoming economic downturn" if it fails to boost subscription revenue to offset falling advertising income, three people who have seen the message told Reuters.

But Musk posted on Twitter on Friday: "Usage of Twitter continues to rise. One thing is for sure: it isn't boring!"

The payments exceed the company's most recently disclosed cash flow, which amounted to $1.1 billion (just over €1 billion) as of the end of June.

Meanwhile, electric carmaker Tesla added to its inventory in Shanghai, China, at its fastest pace ever in October.

Tesla, which counts China as a key market and production base operates a factory in Shanghai that accounted for about half of its global deliveries last year.

In October, Tesla produced 87,706 Model 3s and Model Ys in Shanghai but delivered 71,704 vehicles, leaving a gap of 16,002 China-made cars in inventory, according to data from China Merchants Bank International (CMBI).

In a bid to boost sales, Tesla reduced prices for its Model 3 and Model Y cars in China and also offered an additional rebate for buyers who take delivery in November and buy insurance from one of its partners.

Musk told analysts last month that demand was strong in the quarter and he expected Tesla to be "recession-resilient".