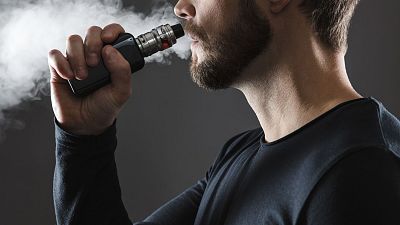 Vaping has been hailed as a safer alternative to smoking, and a useful tool for those addicted to smoking to wean themselves off the habit.

Health experts do stress however that vaping is not entirely safe, with e-cigarette use linked to increased odds of developing asthma and other lung conditions.

Now a new study has found vaping could also be potentially harmful for heart health.

The research from the University of Louisville in the United States found exposure to e-cigarette vapour caused heart arrhythmias in mice, in the form of both premature and skipped heart beats.

“Our findings demonstrate that short-term exposure to e-cigarettes can destabilise heart rhythm through specific chemicals within e-liquids,” said Alex Carll, assistant professor in the university’s Department of Physiology who led the study.

“These findings suggest that e-cigarette use involving certain flavours or solvent vehicles may disrupt the heart’s electrical conduction and provoke arrhythmias.

These effects could increase the risk for atrial or ventricular fibrillation and sudden cardiac arrest.

While further studies are needed to determine the cardiac effects in humans, the authors of the study said their findings showed an “urgent need” for more research into this area.

The scientists tested the effects of e-cigarette aerosols on mice, who were placed in inhalation chambers for 90-minute sessions.

They tested the cardiac impacts of the inhalation of the main two ingredients in e-liquids - nicotine-free propylene glycol and vegetable glycerin - or from flavoured retail e-liquids containing nicotine.

For all e-cigarette aerosols, the mice’s heart rates slowed during exposures and sped up afterwards, indicating a fight-or-flight stress response.

E-cigarette puffs from a menthol-flavoured e-liquid or from propylene glycol alone also caused ventricular arrhythmias and other conduction irregularities in the heart.

The researchers say this study adds to a growing body of research into the potential dangers of e-cigarettes.

"The findings of this study are important because they provide fresh evidence that the use of e-cigarettes could interfere with normal heart rhythms - something we did not know before," said Aruni Bhatnagar, a professor at the University of Louisville Division of Environmental Medicine.

"This is highly concerning given the rapid growth of e-cigarette use, particularly among young people".

Lack of research on the long-term effects of vaping

Studies have shown a huge recent increase in the uptake of e-cigarette smoking, especially amongst young people, in European countries.

Since vaping does not involve combustion like traditional cigarettes, it exposes users and bystanders to little if any carbon monoxide, tar or cancer-causing nitrosamines.

However, since they haven’t been in use for that long, there are few studies into their long-term effects on health.

“Our team’s findings that specific ingredients in e-cigarette liquids promote arrhythmias indicates there is an urgent need for more research into the cardiac effects of these components in both animals and humans,” Carll said.

The study was published in the journal Nature Communications.