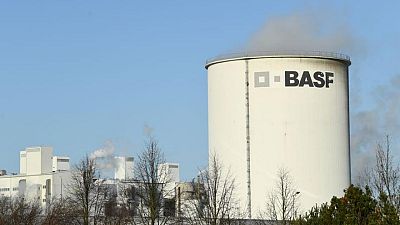 FRANKFURT – BASF said costs at its European sites must be cut to a “permanently” smaller size because of a triple burden of sluggish growth, high energy costs and over-regulation, with the German industrial giant’s boss throwing his weight behind a planned expansion in China.

“These challenging framework conditions in Europe endanger the international competitiveness of European producers and force us to adapt our cost structures as quickly as possible and also permanently,” the chemical maker’s CEO Martin Brudermueller said in a statement on Wednesday.

In the first nine months of 2022, natural gas costs at BASF’s European sites – which include its largest complex at Ludwigshafen in southwest Germany, where it makes everything from vitamins, foam chemicals and engineering plastics to pesticides – were about 2.2 billion euros ($2.2 billion) higher than a year earlier.

Spot gas prices were five to six times higher than in the United States, the company added.

In response, it is adjusting production technology, marking up prices, and cutting output of products that do not sell at higher prices. But longer-term cost cuts are inevitable.

Efficiency drives have become the order of the day across corporate Europe, as the Ukraine crisis drives up energy costs, causing decades-high inflation.

As part of an unscheduled release of preliminary third-quarter results two weeks ago, BASF said it would reduce annual costs by 500 million euros in Europe up to 2024, or about 10%, including job cuts. At the time, it also flagged more structural cutbacks in the region, to be announced early next year.

BASF, which previously warned that its domestic business in Germany was losing money in the July to September quarter, specified on Wednesday that the operating loss in the country was 130 million euros, compared with a profit of more than 100 million in the second quarter.

The German government is preparing a mechanism to limit gas prices for households and small and medium-sized businesses from March, while big industrial firms will see a brake on prices for 70% of their annual gas consumption from January.

But BASF said these would only be stop-gap measures and it was unclear whether the company would draw on the help at all.

“The state can’t make up for the deficits over years to come,” said Brudermueller, adding that companies need to remain flexible and adjust to new realities.

The cutbacks at home contrast with a 10 billion euro chemical complex that BASF plans to build in Zhanjiang, southern China, to run entirely on renewable energy, as it banks on booming Asian markets and looks to reduce reliance on Europe.

The move defies heightened concerns in the German government over economic dependence on a Chinese trade partner that it sees under increasingly authoritarian rule. The BASFCEO will join German Chancellor Olaf Scholz on a visit to China next week.“We have a very, very profitable China business. Half of the world market is there,” Brudermueller said on a media call. “What kind of a risk does a company run into if it renounces half of the market?”

He sought to allay concerns about looming layoffs at home, saying a wave of retirements and new internal jobs for those at risk of losing their position would cushion the blow.

“So I would expect that the majority of (job cuts) will be handled that way,” he said, declining to provide more details as talks with shop stewards are ongoing.