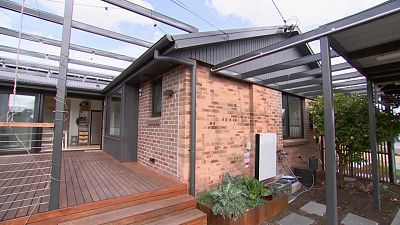 With ever-rising energy costs, people living south of the equator are turning to making over their homes.

Wendy Paterson lives in the Kambah suburb of the Australian capital Canberra and is renovating her house to upgrade the energy rating of her house from a one-star to a seven-star standard.

"This house was very uncomfortable as far as the energy efficiency. I was spending a great deal of money on electricity and gas bills," Paterson told the Associated Press.

Also renovating their house to cut down energy bills is Richard Ings in the city’s suburb of Watson.

His ex-government house was renovated to make it thermally efficient, taken up from three stars to seven.

The scale of renovation may vary but according to sustainability manager Jessica Stewart, it does not have to cost a fortune: changing the size and place of the windows to use the sun to heat the house.

"So, the sun in the north comes into the house in winter and it's this concrete floor is thermal mass and soaks up that heat and it re-radiates that heat at night so even at 10 o'clock it feels like we've got floor heating," she added.