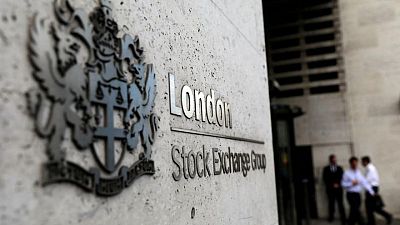 LONDON – The London Stock Exchange has become the first major bourse to set listing rules for companies that finance carbon reduction projects, as part of efforts to grow the market and make it more transparent, its chief executive told Reuters.

Demand for carbon offsets, generated through projects such as tree planting or renewable energy, is expected to soar as companies seek to meet net-zero emissions goals.

As a focus for policymakers, it is likely to be debated at climate talks in Egypt in November, yet the global market for voluntary carbon credits, as opposed to binding commitments to cut emissions by companies and countries, remains largely unregulated.

While rival exchanges such as Deutsche Boerse’s EEX have launched financial products such as futures contracts based on carbon credits, the LSE’s rules aim to encourage investment funds and operating companies to raise billions of pounds through LSE listings to fund climate-friendly projects.

Released on Monday after a public consultation, the LSE’s final admission and disclosure rules on voluntary carbon offsets dovetail with Britain’s push to make London a centre for green finance against stiff competition from elsewhere.

Under the new rules, a fund or company would have to issue a prospectus vetted by the Financial Conduct Authority that gives details of the carbon emission-cutting project it wants to finance.

This, the LSE says, will ensure standards as climate-related disclosures and market abuse rules would have to be complied with.

“What this brings is proper transparency, proper due diligence and proper disclosure, so corporates and other investors truly know what they’re buying. That’s something that the voluntary carbon markets haven’t had before,” LSE Chief Executive Julia Hoggett said.

One investment fund backing the voluntary carbon market is expected to list this year, followed by others in 2023, Hoggett said. Companies operating carbon reduction projects would be added later.

Worth around $2 billion in 2021, according to Ecosystem Marketplace, the annual global market for voluntary carbon credits could hit $50 billion by 2030, consultants at McKinsey have estimated.

Once an offset project generates carbon credits, equivalent to tonnes of carbon dioxide reduced or removed from the atmosphere, shareholders could receive a dividend in the form of carbon credits, or the fund could sell them and use the cash to pay a dividend.