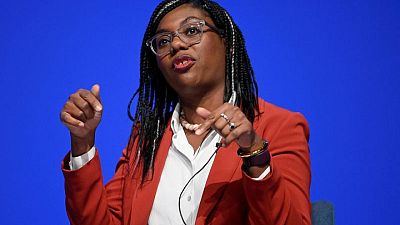 LONDON – Britain said it will only sign a trade deal with India when there is one that “meets the UK’s interests,” in response to comments from Delhi that talks needed to be a win-win for both sides.

“We remain clear that we won’t sacrifice quality for speed and will only sign when we have a deal that meets the UK’s interests,” a spokesperson for the British government said on Friday.

As that deadline approaches, both sides have indicated that work remains to be done.

Kemi Badenoch, who was named trade secretary by new Prime Minister Liz Truss, said earlier this week that the deal might not have everything that the services sector wants as the deadline approaches.

“There is interest on both sides to conclude the FTA at the earliest,” a spokesperson for India’s foreign ministry told reporters in a briefing on YouTube. “All negotiations are a give and take and it needs to be a win-win for both sides.”

“The migration mobility is an important element and there was an understanding in this regard, which we would expect that both sides honour it.”

“We certainly are taking actions on our element and we would expect the UK side to also show … demonstrable actions on that.”