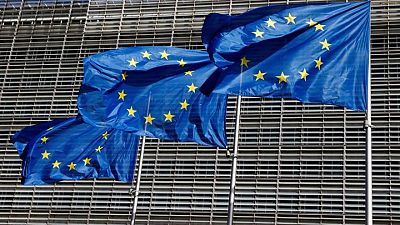 BRUSSELS – Investments of more than half a trillion euros will be needed to modernise Europe’s energy grid this decade, if countries are to succeed in ramping up wind and solar power to break free from Russian gas, a draft EU document showed.

The European Commission is set to publish next week a plan to “digitalise” Europe’s energy system, as well as laying out new emergency measures to tame sky-high gas prices and help cash-strapped energy firms this winter.

The draft plan, seen by Reuters, said electricity grid investments of 584 billion euros are needed until 2030, to support the planned rapid uptake of electric vehicles, renewable energy and heat pumps, and shift away from fossil fuels.

Of this, around 400 billion euros would target the distribution grid. Some 170 billion of that would focus on ditigalisation, including the so-called “smart grids” that respond faster to local supply and demand fluctuations, helping waste less energy and benefit from cheaper periods.

“Reducing greenhouse gas emissions by 55% and reaching a share of 45% renewables in 2030 can only happen if the energy system is ready for it,” the draft said, referring to the EU’s climate targets.

EU countries are largely responsible for their national energy policies, although the EU offers funding for cross-border energy projects and has urged countries to channel cash from the bloc’s huge COVID-19 recovery fund into making energy systems greener.

To hit its green targets and quit Russian fossil fuels within a few years, the EU will need 30 million zero-emission vehicles on the roads by 2030, plus solar panels on all new homes by 2029, said the draft.

Investments in grid upgrades and digital energy technologies would make the system more flexible and adapt it to a larger share of renewable energy – enabling consumers to channel spare power from solar panels back into the market, or use electricity stored in their electric car to power their homes.

The EU “action plan”, which does not include legal proposals, said the bloc would propose new legislation next year to address cybersecurity risks in energy and gas networks.