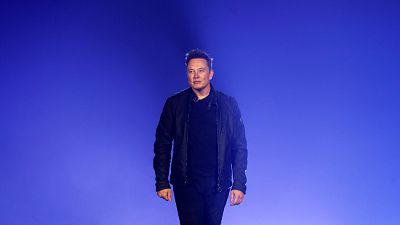 The outcome of Elon Musk's bid to buy Twitter is now down to the ongoing court case, after the social media company's shareholders approved the buyout.

The Tesla and SpaceX CEO has been fighting to backtrack on his $44 billion (€43.94 billion) bid, arguing that Twitter concealed the true number of fake accounts on its platform.

Twitter rejects the claims and insists the deal must go ahead, and the fight looks set to be settled in a trial in October.

A preliminary count of Tuesday's shareholder vote showed approximately 98.6 per cent of votes cast backed Musk's offer to buy Twitter for $54.20 per share in cash, the company said in a statement.

The vote came on the same day Peiter "Mudge" Zadko, a former Twitter executive, testified in front of the US Senate about what he alleges are serious security and data privacy weaknesses on the platform.

Musk made his offer for Twitter back in April, with the company accepting the bid on April 25.

After the deal was announced, Musk declared: “Free speech is the bedrock of a functioning democracy, and Twitter is the digital town square where matters vital to the future of humanity are debated".

The billionaire however changed his tune in June, officially threatening to back out of the deal over the issue of how many bots made up Twitter's user base.

Twitter claimed less than 5 per cent of its users were bots, but Musk cast doubts on that claim, with his legal representatives stating: “Mr. Musk believes the company is actively resisting and thwarting his information rights (and the company’s corresponding obligations) under the merger agreement”.

The company, in response, insisted it intended to push ahead with the deal "at the agreed price and terms".

Musk officially stated he was pulling out of the deal in July, leading to Twitter filing a lawsuit against him to force the transaction through.

Twitter says that Musk did not ask for assurances on bot numbers before making the offer - and that sufficient information regarding bots was given to him.

Musk then filed a countersuit alleging Twitter had committed fraud.

Despite efforts by Musk to get the court case postponed, it is scheduled to begin on October 17.