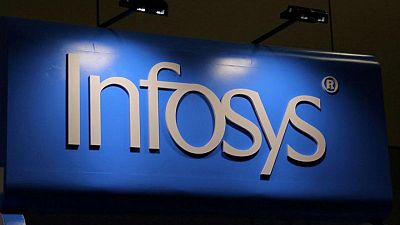 <div> <p>By Navamya Ganesh Acharya, Sethuraman N R and Nivedita Bhattacharjee</p> <p><span class="caps">BENGALURU</span> -India’s top IT services firms are freezing or cutting staff bonuses, worried that tightening budgets at U.S. and European clients who are bracing for a recession will sharply hit their own profits after a pandemic-led boom.</p> <p>Infosys Ltd, India’s second-biggest IT company, and smaller rival Wipro recently told their employees they had reduced the variable pay portion of employee compensations, according to respective internal emails sent by management to staff at the two companies and seen by Reuters.</p> <p>Some Indian companies include variable pay as a part of employees’ overall salary package and link it to the performance of the employee as well as the company. </p> <p>“There’s growing conviction in businesses that we need to prepare for a (global) recession,” said Peter Bendor-Samuel, chief executive of U.S.-based consultancy Everest Group, which provides research on IT companies globally.</p> <p>“The first thing they do is try to eliminate discretionary spending. It is early, but starting to happen.”</p> <p>Big Indian IT companies paid top dollar to lure skilled workers over the past two years as demand surged for services such as cloud-computing, digital payment infrastructure, cybersecurity and cryptocurrency transactions. That set off a tussle for talent with company reports showing that net numbers of people leaving big IT companies this year are 60%-80% higher than two years ago.</p> <p>Bigger pay packets have been among factors putting pressure on margins.</p> <p>Infosys’ operating margin in April-June fell 3.6 percentage points from a year earlier to 20.1% and Wipro’s IT services margin fell to 15% from 18.8%. </p> <p>Last week Infosys told employees in an email seen by Reuters that the company was making “structured efforts” to improve performance, as it cut variable pay.</p> <p>Wipro in mid August withheld variable pay for mid -and-senior level employees and fixed payouts at 70% of the full variable pay for junior employees, blaming disappointing margins in the June quarter, according to an email sent to staff and seen by Reuters.</p> <p>Indian IT companies have also cut back on hiring new graduates as they see less need to make up for people leaving, analysts said, further saving operating costs. </p> <p>Infosys declined to comment for this story. It directed Reuters to its latest earnings call, where <span class="caps">CEO</span> Salil Parekh said the company saw a bit of “slowing in the decision making” from clients. </p> <p>Wipro recently began quarterly promotions to try to retain staff. </p> <p>The company said it completed its first cycle of quarterly promotions effective July 1 and salary hikes for employees will be effective from Sept. 1.</p> <p>“We have no further comments on the quantum of variable pay,” the company added in an emailed response to Reuters queries. </p> <p>India’s No. 1 IT services provider, Tata Consultancy Services, has made no cuts to variable pay, which was given out without any delays, a company spokesperson said.</p> <p>“We expect the margin erosion to persist in the medium term … due to reversal in employee-employer bargaining power, underwhelming graduate uptake, limited price increases, return in travel costs and high onsite inflation,” JP Morgan analysts said in a note this week.</p> <p>India’s Nifty IT index has fallen by a quarter this year, its first decline in six years and underperforming the benchmark Nifty 50 index that is up 1.5%.</p> <p>“The bottom line … would be that they are doing this (cutting variable pay) to protect or ease pressure on margins but that also simultaneously conveys that the growth outlook is softening,” said Ruchi Mukhija, Vice President, Technology and Internet, Elara Capital.</p> </div>