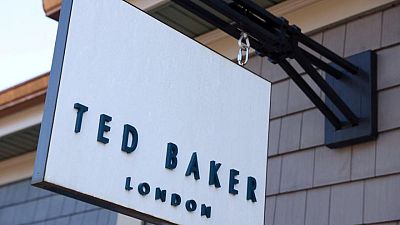 -Juicy Couture and Forever 21 owner Authentic Brands (ABG) has agreed to buy Ted Baker in a deal worth roughly 211 million pounds ($254 million), ending months of speculation over the fate of the British fashion group.

Pandemic-related losses forced Ted Baker to put itself up for sale in April and the company picked a preferred suitor the following month. However, the bidder – reported to have been ABG – in June decided not to make an offer, forcing Ted Baker to consider other options.

Ted Baker has now reached an agreement with U.S.-based ABG, whose brands also include Reebok, consisting of 110 pence cash for each Ted Baker share, and which represents a premium of about 18.2% to Monday’s closing price.

The companies said the deal would not be revised unless a rival suitor emerges.

“ABG believes there are significant growth opportunities for the Ted Baker brand in North America given (its) … strong consumer recognition in this market,” the New York-listed company said in a statement on Tuesday.

Known for its suits, shirts and dresses with quirky details, Ted Baker is in the midst of a turnaround plan and is looking to benefit from a rebound in demand for office and leisure wear.

In May it posted a smaller annual loss of 38.4 million pounds and said sales in the first quarter of the current year had risen 20% year-on-year.

Ted Baker had also rejected several bids from private-equity group Sycamore before launching its sale process, and Tuesday’s move is the latest in a flurry of deals for British companies, made more affordable to overseas buyers by the weakness of the pound.

Ted Baker’s shares were up about 17% at 108p in early trading, just shy of the offer price and still well short of their peak in 2015 when they were trading at 2,972p apiece.