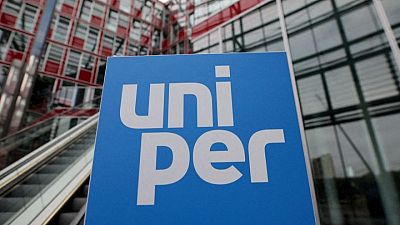 STOCKHOLM – German energy group Uniper has been running its oil-fired peak- and reserve plant Karlshamnsverket in southern Sweden for a week, incentivised by unusually high prices on the Nord Pool electricity market, it said on Tuesday.

Karlshamnsverket spokesperson Bjorn Magnusson said that in a relatively unusual move for the season, one of two blocks had been up and running every day but one since Aug. 8.

The plant operates as part of the Nordic country’s reserve market in the winter, but between April and October Karlshamnsverket competes on Nord Pool, where usually hydro, nuclear and wind power is cheaper.

However, high gas prices and a drought hampering hydropower supplies in Europe have seen wholesale electricity prices soar across most of Europe this summer.

“On Nord Pool, bids are placed on production, and when prices are high enough (overall), bids come our way,” Magnusson said.

Electricity for delivery the next day in the SE4 price zone of southern Sweden hit an all-time high of 540.47 euros per megawatt hour (MWh) at the Nord Pool auction on Tuesday.

In the Baltic states of Lithuania, Estonia and Latvia, which are connected to the Swedish market through a subsea cable, one afternoon hour for Wednesday hit 4,000 euros/MWh, the maximum price possible.

Sweden’s power system is dominated by hydropower, mainly situated in the north of the country and nuclear power in the south, which account for nearly 50% and 25% respectively of electricity production.

Karlshamsverket has a maximum capacity of 662 megawatts of electricity. One block burns 70,000 litres of oil per hour when running at full capacity.

The oil is bought from Swedish fuel company Preem. Magnusson said that, due to Russia’s invasion of Ukraine, none of the oil originates from Russia.