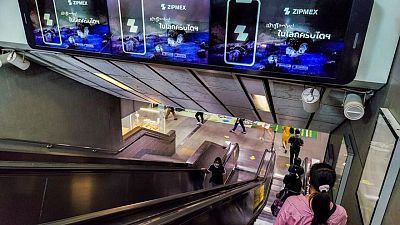 <div> <p><span class="caps">BANGKOK</span> – Crypto exchange Zipmex will release Ethereum and Bitcoin tokens from this week, a spokesperson said on Monday, allowing 60% of its customers to retrieve their digital assets after a suspension of withdrawals from its Z Wallet product. </p> <p>The Singapore-based Zipmex, which also operates in Thailand, Australia and Indonesia, in July halted withdrawals from Z Wallet, which it said had $53 million worth of cryptocurrencies exposed to Babel Finance and Celsius.</p> <p>Ethereum will be released on Thursday and Bitcoin on Aug. 16, the company said. Last week it allowed digital coins <span class="caps">XRP</span>, <span class="caps">ADA</span> and <span class="caps">SOL</span> to be withdrawn. </p> <p>Zipmex late last month said it was in talks with investors for potential funding. </p> <p>The Thai Securities Exchange Commission on Saturday said it was collecting further information on affected customers and was working with customer representatives on the issue. </p> <p/> </div>