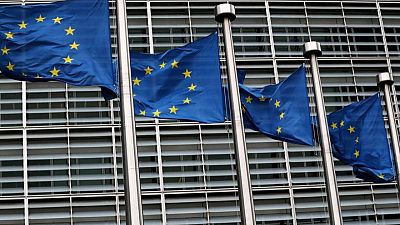 BRUSSELS – European Union lawmakers will attempt to block a plan to label gas and nuclear energy as sustainable investments as Europe wrestles with reducing its carbon dioxide emissions to address climate change.

The European Commission, which is the EU executive, this year proposed including gas and nuclear in the bloc’s sustainable finance taxonomy, a system for labelling climate-friendly investments.

“The European Commission has violated the spirit and letter of the law by labelling highly controversial and polluting energy sources as ‘sustainable’,” Green lawmaker Bas Eickhout, one of the signatories to a resolution to veto the rules, said.

The Commission proposal was arrived at after nearly two years of internal EU wrangling, and split opinion among members and lawmakers, who disagree on the green credentials of gas and nuclear.

The resolution brought by lawmakers said gas and nuclear could not be considered sustainable based on the underlying EU law on the taxonomy, and would cause confusion among investors.

EU lawmakers were not given “proper opportunity” to provide comments before the Commission published the proposal, it added.

By reserving the “green” label for only investments that are truly climate-friendly, the taxonomy was designed to help steer billions of euros into the low-carbon investments needed to meet EU climate goals.

An original Commission proposal followed a recommendation to not label gas plants as green, because of their planet-warming CO2 emissions. The final EU proposal came after lobbying from countries that said investment in gas was needed to help them to phase out coal, which is more polluting.

Countries are also divided over nuclear energy, which is CO2-free but produces radioactive waste.

Although the resolution was submitted by 16 lawmakers from groups representing a majority of the European parliament, few have a firm position on the rules, so the overall level of support is unclear.

At least half of parliament’s 705 lawmakers would need to reject the rules. Two committees will vote on the resolution next month, followed by the full assembly.

The rules could also be rejected by 20 of the EU’s 27 countries, a threshold seen as unlikely to be reached.