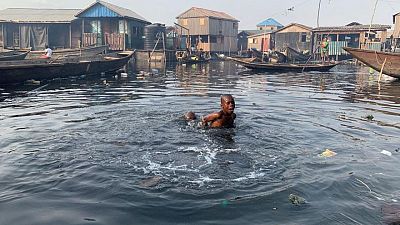 <div> <p>By Gloria Dickie</p> <p> – Worsening outdoor air pollution and toxic lead poisoning have kept global deaths from environmental contamination at an estimated 9 million per year since 2015 – countering modest progress made in tackling pollution elsewhere, a team of scientists reported Tuesday.</p> <p>Air pollution from industry processes along with urbanization drove a 7% increase in pollution-related deaths from 2015 to 2019, according to the scientists’ analysis of data on global mortality and pollution levels.</p> <p>“We’re sitting in the stew pot and slowly burning,” said Richard Fuller, a study co-author and head of the global nonprofit Pure Earth. But unlike climate change, malaria, or <span class="caps">HIV</span>, “we haven’t given (environmental pollution) much focus.” </p> <p>An earlier version of the work published in 2017 also estimated the death toll from pollution at roughly 9 million per year — or about one of every six deaths worldwide — and the cost to the global economy at up to $4.6 trillion per year. That puts pollution on par with smoking in terms of global deaths. <span class="caps">COVID</span>-19, by comparison, has killed about 6.7 million people globally since the pandemic began.</p> <p>For their most recent study, published in the online journal Lancet Planetary Health, the authors analyzed 2019 data from the Global Burden of Disease, an ongoing study by the University of Washington that assesses overall pollution exposure and calculates mortality risk.</p> <p>The new analysis looks more specifically at the causes of pollution – separating traditional contaminants such as indoor smoke or sewage from more modern pollutants, like industrial air pollution and toxic chemicals. Here are some of the key takeaways: </p> <p><span class="caps">WATER</span> <span class="caps">AND</span> <span class="caps">INDOOR</span> <span class="caps">AIR</span></p> <p>Deaths from traditional pollutants are declining globally. But they remain a major problem in Africa and some other developing countries. Tainted water and soil and dirty indoor air put Chad, the Central African Republic and Niger as the three countries with the most pollution-related deaths, according to data adjusted for population.</p> <p>State programs to cut indoor air pollution and improvements in sanitation have helped to curb death tolls in some places. In Ethiopia and Nigeria, these efforts brought related deaths to drop by two-thirds between 2000 and 2019. Meanwhile, the Indian government in 2016 began offering to replace wood-burning stoves with gas stove connections. </p> <p><span class="caps">MODERN</span> <span class="caps">POLLUTANTS</span></p> <p>Deaths caused by exposure to modern pollutants such as heavy metals, agrochemicals and fossil fuel emissions are “just skyrocketing”, rising 66% since 2000, said co-author Rachael Kupka, executive director of the New York-based Global Alliance on Health and Pollution. </p> <p>When it comes to outdoor air pollution, some major capital cities have seen some success, including in Bangkok, China, and Mexico City, the authors said. But in smaller cities, pollution levels continue to climb. </p> <p><span class="caps">HIGHEST</span> <span class="caps">POLLUTION</span>-<span class="caps">RELATED</span> <span class="caps">DEATHS</span> </p> <p>The study offered a list of the 10 countries most affected by pollution-related deaths, based on their findings on mortality adjusted for population. </p> <p>1. Chad; 2. Central African Republic; 3. Niger; 4. Solomon Islands; 5. Somalia; 6. South Africa; 7. North Korea; 8. Lesotho; 9. Bulgaria; 10. Burkina Faso </p> <p/> </div>