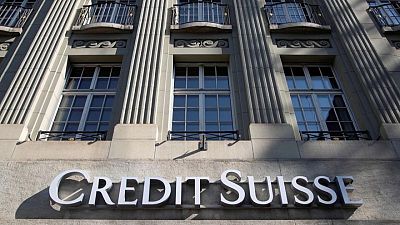 Citing people familiar with the matter, Bloomberg said the board has held early talks on removing Gottstein. The change could come this year, the said.

Credit Suisse in a statement said it does not comment on rumours and speculation, but added: “The Chairman clearly endorsed Thomas Gottstein. Nothing has changed in this regard.”

Gottstein took on the top job in 2020 and has since steered the bank through a string of scandals. Those include regulatory blowback for spying on its executives and the collapse of two clients, former British financier Greensill and New York investment fund Archegos.

That prompted an exodus of key staff and wiped billions off the Zurich-based lender’s market value in 2021.

While the board continues to publicly voice support for Gottstein, some members are increasingly worried he is not getting a handle on the bank’s problems, Bloomberg reported.

Critics say Gottstein should have better handled the risks related to Archegos, whose meltdown left the bank with a $5.5 billion loss, and spotted red flags in its relationship with Greensill.

In April this year, however, Lehmann told Swiss newspaper NZZ that he supports Gottstein and that roughly 10 key investors back the bank’s board and its strategy.

“With so many new appointments, you also need someone at the top who knows what makes the entire organization tick and who the key customers are,” Lehmann told NZZ. “At the moment, we have a good mix of continuity and change.”

Gottstein replaced former CEO Tidjane Thiam who was forced out due to the damaging spying scandal. In January this year, former chair Antonio Horta-Osorio left abruptly following an internal probe into his personal conduct, including breaches of COVID-19 rules. He was replaced by Lehmann.

Weary Credit Suisse investors fear a long wait for the bank to get back on track after its scandals wiped billions off its market value and piled pressure on management, Reuters reported in February.

While Switzerland’s second-largest bank has said it can create value by serving its wealthy clients with “care and entrepreneurial spirit,” the market is not yet convinced and its share price has dropped by nearly a third in a year, knocking some 10 billion Swiss francs ($11 billion) off its valuation.

In recent months its reputation has once again been put through the mill in the first criminal trial of a major bank in Switzerland, in which Credit Suisse and a former employee face charges of allowing an alleged Bulgarian cocaine trafficking gang to launder millions of euros, some of it stuffed into suitcases.

Credit Suisse has rejected all the allegations, while its employee denies wrongdoing.