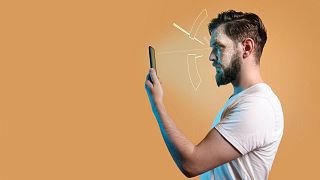 The US software company brands itself as "the world's largest facial network" holding billions of face photographs from the Internet - many scraped from social media sites like Facebook - and selling the data.

The deal, which needs approval by the court to become final, would settle a 2020 ACLU lawsuit that accused Clearview of violating the state’sIllinois’s Biometric Information Privacy Act by using facial recognition data without user consent.

The settlement also includes an injunction which prohibits the company from dealing with most private businesses and individuals across the US, including government employees not acting on behalf of their employees.

According to the agreement, the company can still work with federal agencies and local police departments outside of the state of Illinois.

The company must attempt to remove any photographs they hold of Illinois residents, as well as implement an opt-out programme for those who want to prevent any searches using their face or prevent the collection of photographs in the future.

This is what happens when a company puts profit above morality, legality and regulation.

Following an announcement made in 2020, Clearview declared it would stop working with private companies and focus on working with thousands of local law enforcement departments, as well as federal agencies.

The company has allegedly worked with agencies such as the US Department of Justice, controversially using its data for general-purpose police work and in events like the Capitol riot on January 6, 2021.

Most recently, Clearview has used its data in Ukraine to uncover Russian assailants, combat misinformation, and identify the dead.

Clearview AI has already come under scrutiny from the EU

The facial recognition surveillance company has also been reported to collect data outside of the US.

Last year, the French data protection watchdog (CNIL) said the company had collected thousands of photographs of French citizens “without a legal basis”.

In a statement, CNIL said the company had violated the European Union's General Data Protection Regulation (GDPR) and failed to “adequately and effectively address the rights of individuals, including requests for access to their data".

Clearview has previously stated that it has "never had any contracts with any EU customer and is not currently available to EU customers".

However, similar complaints have already been filed by charity Privacy International in Greece, Italy, and Austria.

Does the ban go far enough?

The settlement in Illinois has gained large support from civil rights activists and is held as the most significant court action against the facial recognition company yet. However, some argue the ban doesn’t go far enough.

"By requiring Clearview to comply with Illinois’ pathbreaking biometric privacy law not just in the state, but across the country, this settlement demonstrates that strong privacy laws can provide real protections against abuse," Nathan Freed Wessler, Deputy Director of the ACLU Speech, Privacy, and Technology Project, said in a statement​​.

"Clearview can no longer treat people’s unique biometric identifiers as an unrestricted source of profit. Other companies would be wise to take note, and other states should follow Illinois’ lead in enacting strong biometric privacy laws".

The New York-based privacy and civil rights group Surveillance Technology Oversight Project (STOP) welcomes the settlement but called for a national ban on government use of facial recognition vendors.

It’s only a matter of weeks before we start seeing police use technologies like Clearview AI to enforce bans on abortion.

"This is a milestone for civil rights, and the ACLU deserves our thanks for once again safeguarding our Constitution," Surveillance Technology Oversight Project Executive Director Albert Fox Cahn said in a statement.

"But banning Clearview AI in one state is not enough; we need a national ban. Illinois has long been ahead of the curve in protecting residents from biometric surveillance, but it’s time for the rest of the country to catch up".

Clearview AI's ban was welcomed in most quarters, but some questioned what good a ban will ultimately have.

"This is what happens when a company puts profit above morality, legality and regulation," Omar Latiff, CEO of AI and technology company Fluxxt, told Euronews Next.

"They scrape information that is readily available and sell it on to law enforcement agencies. We’ve seen now is a push for regulation - but will that make a difference? I don’t think so".

STOP has previously warned that police would expand their use of facial recognition and similar surveillance technology following the elimination of federally protected abortion rights."

"It’s only a matter of weeks before we start seeing police use technologies like Clearview AI to enforce bans on abortion," Cahn warned.

"We shouldn’t allow this sort of technology to target pregnant people in any state. Lawmakers across the country must move forward both with bans on facial recognition and their own versions of BIPA".