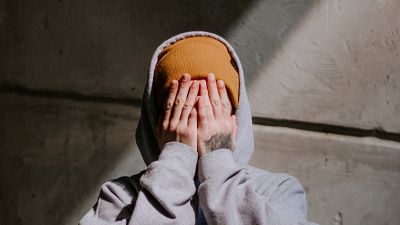 Meta-owned Facebook said it would delete a billion unique "faceprints" as part of the move to roll back facial recognition   -   Copyright  Hayley Seibel / Unsplash
By Tom Bateman  with Reuters & AP  •  Updated: 03/11/2021

In a blog post announcing the decision, Jerome Pesenti, vice president of artificial intelligence for Facebook’s new parent company, Meta, said that while facial recognition had valid use cases - such as identity verification and device security - there were also significant risks.

"There are many concerns about the place of facial recognition technology in society, and regulators are still in the process of providing a clear set of rules governing its use," he said.

Facebook's move means that the platform will no longer suggest people to tag in photos or videos. Visually impaired users will also be affected, as Facebook will no longer generate automatic "alt text" identifying individuals who appear in photos.

"We believe now is the time to begin a national dialogue on whether and how facial recognition technology should be employed by domestic law enforcement agencies," IBM CEO Arvind Krishna wrote in a letter to US lawmakers.

Facebook's face scanning helped land it a $5 billion (€4.3 billion) fine from the US Federal Trade Commission - a government consumer protection agency - in 2019.

The company's settlement with the FTC included a commitment to providing a "clear and conspicuous" notice before people’s photos and videos were subjected to facial recognition technology.

As a result, Facebook stopped automatically recognising people in photos and made it easier to opt out of the feature. But despite debate over the ethics of the technology, over a third of Facebook's active daily users - some 640 million people - have opted in to facial recognition, the company said.

In his blog post, Meta's Pesenti said the company was moving away from mass deployment of facial recognition and towards "narrower forms of personal identification" like the Face ID technology used to unlock some Apple devices.

"This is a tremendously significant recognition that this technology is inherently dangerous," Nathan Wessler of the American Civil Liberties Union told the Associated Press news agency.

A key issue is that to make facial recognition work, companies have to build vast libraries of "faceprints". This has often happened without consent, Wessler said.

Facial recognition algorithms themselves are also prone to failures, with studies finding they work unevenly across different gender, race or age groups.

In October, rideshare service Uber was taken to an employment tribunal in the UK by a black driver who claimed he was sacked after facial recognition software used by the company failed to recognise him.

Facebook plans to hire 10,000 workers in EU to build 'metaverse'