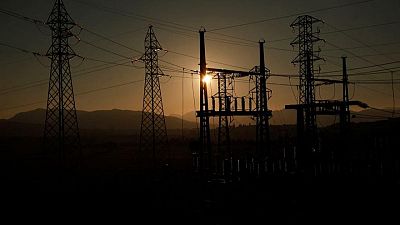 MADRID – Spanish consumers and businesses will end up paying the cost of a temporary cap on the wholesale price of natural gas, Energy and Environment Minister Teresa Ribera said on Wednesday.

Seeking to bring down electricity bills, which have soared as Russia’s invasion of Ukraine pushes up natural gas prices, Spain and Portugal reached a deal with Brussels on Tuesday to limit the cost of gas on their domestic wholesale markets.

Gas will initially be capped at 40 euros ($42.21) per megawatt hour before rising to an average of around 50 euros per MWh.

That compares with current wholesale prices of around 90 euros, which Ribera said were likely to rise further as Russia cuts supplies to Poland and Bulgaria.

“To cover the ex-post adjustment of this difference between the gas price at 40 euros per megawatt hour and the real price in the official market, it will have to be distributed among energy consumers,” she told parliament, without specifying how such a mechanism would work and how it would impact consumers’ energy bills.

Speaking separately in an interview with state broadcaster TVE, she said she expected consumer electricity bills tied to the spot market to fall by an average of 30%, while nobody’s bill should go up.

She said she expected the measure to come into force next week after approval by the cabinet and remain in place for a year, meaning Spain will be covered through next winter.

Spain and Portugal sought the exemption from EU rules to manage their own electricity prices, which are often set by expensive fossil fuels, as they have extensive renewable generation capacity.

Power industry groups and utilities, including Spain’s Iberdrola have warned against intervening in the market.