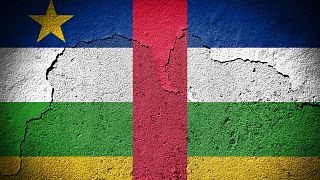 The Central African Republic has adopted Bitcoin as a legal currency, becoming only the second country to do so after El Salvador.

Lawmakers from the central African country unanimously adopted a bill to make Bitcoin legal tender alongside its CFA franc and legalised the use of cryptocurrencies.

President Faustin Archange Touadera signed the measure into law, his chief of staff Obed Namsio said in a statement.

The CAR "is the first country in Africa to adopt Bitcoin as legal tender," Namsio said.

"This move places the Central African Republic on the map of the world's boldest and most visionary countries," he added.

The new legislation covers the use of cryptocurrencies and those who use them, in online trade, "smart contracts... by blockchain technology" and "all electronic transactions".

It also said cryptocurrency exchanges are not liable to tax.

However, due to the high volatility of the digital currency, some are wary of the move.

Martin Ziguele, a former CAR prime minister who is now an opposition MP, complained the bill was approved "by proclamation" while some legislators intend to file suit against it at the Constitutional Court.

This law is a way of getting out of the CFA franc through a means that guts the common currency.

"This law is a way of getting out of the CFA franc through a means that guts the common currency," said Ziguele.

"It [the law] isn't a priority for the country," he said. "This move raises the question: who benefits from it?"

Regulators around the world share the same concerns. Some also say that transfers using crypto are a perfect tool for traffickers and money laundering as they can be anonymised.

While countries such as India have in the past banned crypto transaactions, El Salvador became the first country to adopt Bitcoin as legal tender last September.

But the move by El Salvador was heavily criticised by the International Monetary Fund (IMF).

"The adoption of a cryptocurrency as legal tender, however, entails large risks for financial and market integrity, financial stability and consumer protection," it warned.

The CAR is one of the world’s poorest countries and has been in the grips of a nine-year civil war that developed largely along sectarian lines.

In 2020, a coalition of rebels advanced on the capital Bangui, threatening to overturn Touadera as new elections loomed.

Russia dispatched paramilitaries to help repel the threat and then recover much of the rebel-held territory.

The operatives are described by Bangui as military advisers but by France, the UN, and others as mercenaries from the Kremlin-backed Wagner group, which has been accused of abuses.