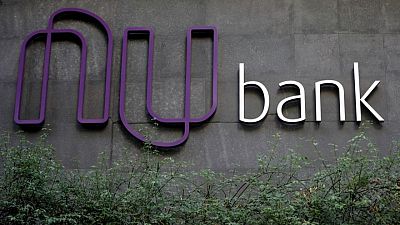 MEXICOCITY – Brazil’s Nubank, Latin America’s star fintech, is fueling its expansion in Mexico and Colombia with the investment of a $650-million line of credit, the digital bank said Monday.

The new funds are a three-year credit line in Mexican and Colombian pesos, financed by Morgan Stanley, Citigroup Inc, Goldman Sachs, and HSBC, institutions that were underwriters of Nubank’s initial public offering (IPO) in December 2021.

Backed by Warren Buffett’s Berkshire Hathaway, Nubank said the funding will go towards technology and product development, growth of its customer base and hiring.

While the majority of Nubank’s products are developed and designed in-house, the company has recently looked into partnerships, said Nubank Chief Executive David Velez, citing its in-app marketplace in Brazil where customers can shop at retailers, and its insurance products in alliance with provider Chubb.

“We are constantly evaluating possibilities to broaden our product offering,” Velez told Reuters.

Nubank offers credit cards in both Mexico and Colombia and operates under the name “Nu”. The digital bank closed the year with more than 1.4 million customers in Mexico and 114,000 customers in Colombia.

“Our priority is to keep developing this product to expand our customer base and launch more features,” he added.

Nubank’s presence in Brazil, where it offers clients services including credit cards, savings accounts, investments, insurance and personal loans, gives an “interesting idea” of where the firm is headed in Mexico and Colombia in the next five to 10 years, Velez said without offering more details.

Velez previously told Reuters that Nubank is preparing to launch checking accounts in Mexico this year, after it received regulatory approval for its acquisition of local lender Akala.