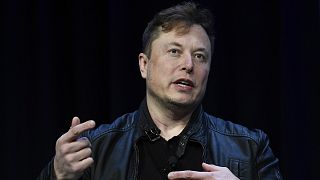 Tesla CEO Elon Musk has purchased a large stake in Twitter, making him the single largest stakeholder in the social media giant and sending shares soaring by 25 per cent on Monday.

Musk bought approximately 73.5 million shares, which equates to a passive stake of 9.2 per cent in the company, according to a regulatory filing with the Securities and Exchange Commission on Monday.

Based on Twitter's share price at the close of trading on Friday, Musk's stake is worth around $2.89 billion (€2.6 billion).

The stake is more than four times than Twitter founder and the company's former CEO Jack Dorsey who retains a 2.25 per cent holding in the social media platform.

"Free speech is essential to a functioning democracy. Do you believe Twitter rigorously adheres to this principle?" he tweeted.

In a separate tweet in March, Musk said that he was "giving serious thought" to creating a new social media platform.

The Tesla boss was responding to a Twitter user's question on whether he would consider building a social media platform consisting of an open-source algorithm and one that would prioritise free speech and where propaganda was minimal.

Also last month, Musk asked a federal judge to nullify a subpoena from securities regulators and throw out a 2018 court agreement in which Musk had to have someone pre-approve his posts on Twitter.