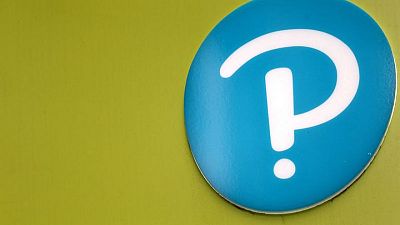 LONDON -Pearson said on Friday it had rejected two takeover approaches from investment firm Apollo, saying its latest $8.5 billion possible cash offer undervalued the global education group, which was confident in its own strategy.

Apollo’s earlier statement saying it was considering a bid sent shares in the British company up 22%, a welcome boost after it spent seven years navigating the switch from traditional learning to online, as students ditched textbooks.

“Accordingly, the board of Pearson unanimously rejected the second proposal,” it said in a statement.

Its shares were trading at 782 pence.

News of the approaches comes two weeks after Pearson set medium-term targets for the company for the first time in six years, believing it had turned the corner after changes in the industry hit its once thriving U.S. higher education courseware business, leading to a string of profit warnings.

Pearson also saw its business reshaped by the pandemic, with increased demand for online learning but cancellations in its exams business at the time.

Led by former Disney executive Andy Bird, it has lately sharpened its focus to sell directly to consumers and not just schools, colleges or shops, while also expanding into the workforce training sector with recent acquisitions.

“Apollo is in the preliminary stages of evaluating a possible cash offer by certain of Apollo’s affiliated funds for Pearson,” the U.S. investment group said.

“There can be no certainty that any offer will be made, nor as to the terms on which any such offer might be made.”

Prior to Friday’s jump, shares in Pearson had been trading around 55% below their levels in 2015 when they touched a 14-year high.

Launched in the 1840s as a construction company, Pearson has reinvented itself several times over the decades. It restructured the company into five new divisions a year ago.