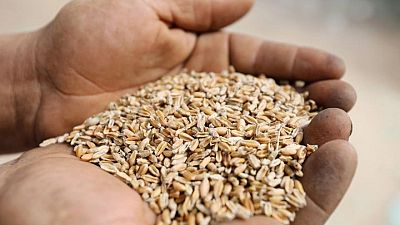 Egypt working to import wheat from regions other than Russia and Ukraine - cabinet spokesperson   -   Copyright  Thomson Reuters 2022
By Reuters  •  Updated: 27/02/2022

CAIRO -Egypt, often the world’s top wheat importer, is working on a plan to buy wheat from other regions rather than Russia and Ukraine, the state news agency reported, citing Cabinet spokesman Nader Saad.

“There are 14 approved countries Egypt could import wheat from, some of which are outside Europe,” Saad told a local television channel late on Saturday.

Russia and Ukraine are frequently the top exporters of wheat to Egypt, making up around 50% and 30% of its wheat imports in 2021, respectively, data from two regional traders shows.

Due to concerns over Russia’s invasion of Ukraine, the central bank of Egypt and the government are working together “to secure the country’s needs,” Saad added.