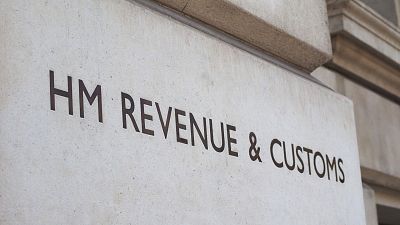 “Our first seizure of a non-fungible token serves as a warning to anyone who thinks they can use crypto assets to hide money from HMRC," said HMRC's Nick Sharp   -   Copyright  Canva
By Pascale Davies  •  Updated: 14/02/2022

The United Kingdom’s tax watchdog has seized three non-fungible tokens (NFTs) associated with a suspected tax evasion fraud in what is thought to be the first operation of its kind by a UK law enforcement agency.

Officials at Her Majesty's Revenue and Customs (HMRC) say they seized the NFTs during an investigation into a suspected VAT (value-added tax) fraud case worth £1.4 million (€1.6 million).

Three suspects have been arrested. They allegedly used fake identities and created 250 alleged fake companies and tried to claim back more VAT than what they were owed.

“Our first seizure of a non-fungible token serves as a warning to anyone who thinks they can use crypto assets to hide money from HMRC," Nick Sharp, HMRC's deputy director of economic crime, said in a statement Monday.

“We constantly adapt to new technology to ensure we keep pace with how criminals and evaders look to conceal their assets”.

HMRC said it is the first law enforcement body in the UK to make a seizure of NFTs.

The three NFTs in question are said to represent digital art. Another £5,000 (almost €6,000) in other crypto assets were seized from the suspects.

The NFTs are yet to be appraised, and the probe is ongoing.

NFTs have surged in popularity, particularly in the art world as they use blockchain to record the ownership status of digital files such as images. They are intangible assets that can be issued and shared.

Sales of NFTs surpassed $40 billion (€35 billion) in 2021 but the digital assets can be prone to scams. Regulators are also questioning if NFTs should be considered digital assets.

With a rise in popularity and use cases, the opinions of lawmakers have also become a common regulatory topic. These regulatory discussions are quite common and in tune with the traditional financial market.

“Although NFTs certainly challenge traditional notions of possession and ownership, the actions of HMRC show that our current legal framework is able to facilitate and support the ongoing development of digital ownership rights," said Robin Henry, partner at Collyer Bristow LLP.

He said HMRC did not physically “seize” the artworks in question but obtained a court order that prevents the NFTs from being sold on the online marketplace.

"Another option for HMRC might have been to physically seize the electronic device on which the NFTs were locally stored,” he said.