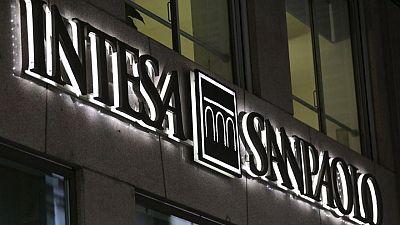 Under a four-year strategy it unveiled on Feb. 4, Intesa will launch Isybank, a digital-only service targeting 4 million customers under 40 who do not visit branches, costing Intesa more than they yield in revenues.

Founded in 2014 by former Google engineer Paul Taylor, Thought Machine raised $200 million in a funding round in November that valued the company at more than $1 billion and brought onboard JPMorgan as a strategic investor.

Lloyds Banking Group, an early backer of Thought Machine, contributed to the latest financing round to maintain its shareholding.

“Vault was chosen for its flexibility to serve multi-currency and multi-country clients,” Intesa said.

Over time Intesa plans to extend the use of Vault beyond Isybank, moving to cloud infrastructure for the wider group.

“Currently in Europe only the latest generation of lenders has adopted in full the cloud technology,” Marco Folcia, a partner at consultancy PwC Italy, said.

Folcia said the cloud system was much less costly than banks’ traditional mainframe IT infrastructure and allowed them to easily scale, switching smoothly across different channels such as mobile apps and websites.

“Intesa’s digital offering is already top-notch. It’ll be very interesting to see what Isybank will provide,” he said.