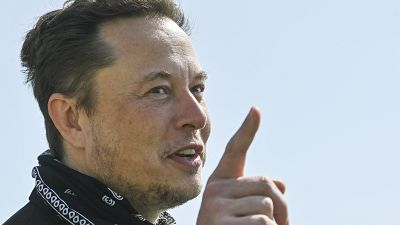 How much is Elon Musk’s freedom worth? It has proved to be priceless.

A row has ensued between the Tesla and SpaceX boss and a teenager in the United States who built a Twitter bot that tracks Musk’s private jet and posts real-time updates of its location.

Upon discovering the bot @ElonJet, Musk sent a direct message to 19-year-old Jack Sweeney, asking “Can you take this down? It is a security risk, I don’t love the idea of being shot by a nutcase,” the media publication Protocol reported.

“Yes I can but it’ll cost you a Model 3,” the teenager responded. “Only joking, unless?”

After several messages were exchanged, Musk offered the teenager a deal.

“How about $5k [€4,400] for this account and generally helping make it harder for crazy people to track me?” Musk wrote.

Sweeny then tried his luck and asked for $50K. “It would be great support in college and would possibly allow me to get a car, maybe even a [Tesla] Model 3,” he replied.

Musk, who is the richest person in the world with a net worth of $269 billion (€240 billion), said he would think about the offer but ended up by saying it “doesn’t feel right to pay to shut this down”.

Sweeney told Business Insider he went public with the messages in the hope that the negotiations would reopen.

“I’ve done a lot of work on this and 5k is not enough … ” he told Business Insider. He also told the publication he offered to delete the account in exchange for an internship with Musk.

Sweeney has yet to hear back from Musk.

The teenager is not only tracking Musk. He also has accounts that track the flight movements of tech billionaires Jeff Bezos and Bill Gates.