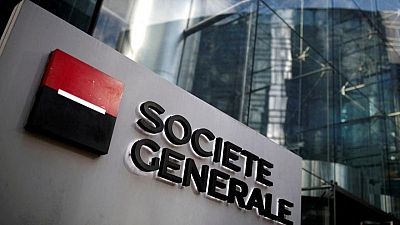 The new company would manage the biggest electric vehicle (EV) fleet in Europe and have a market capitalisation of about 5 billion euros, SocGen and ALD said, adding that they expected to close the deal by the end of the year.

It comes four-and-a-half years after SocGen floated ALD and is in the midst of a broader overhaul of the French bank led by Chief Executive Frederic Oudea that aims to boost profitability and stabilise revenues after hefty trading losses.

“The combination of ALD and LeasePlan makes strategic sense in our view and will grow SocGen’s mix towards a business with good and recurring revenue growth and a high profitability,” wrote brokerage Jefferies, which kept a ‘buy’ rating on SocGen.

SocGen will hold a 53% stake in the new entity which is expected to boost the French bank’s net earnings per share by more than 5% from 2024.

European banks, including BNP Paribas, Credit Agricole and Santander, have shown growing interest in auto leasing as more consumers, as well as companies, switch from car ownership to leasing.

The new company will be based in France and have a fleet of about 3.5 million vehicles. LeasePlan, one of Europe’s largest car leasing firms, currently rents about 1.8 million vehicles in more than 29 countries while ALD manages some 1.7 million.

Oudea launched his strategic overhaul in 2018, a decade after taking the reins. He initially came under fire from investors due to the bank’s poor performance and hopes the revamp will shore up his legacy before his term expires in 2023.

“This proposed transaction is a major step for ALD and for the Societe Generale group. Over the past 10 years, thanks to long-term vision and rigorous execution, we have positioned ALD to take advantage of the tremendous growth potential in the sustainable mobility market,” Oudea said.

SocGen said the LeasePlan takeover would boost net earnings per share for the new company by more than 20% in 2023.

ALD‘s priority will be the integration of LeasePlan but it could do other acquisitions later, targeting start-ups or the Asian market, probably from 2025.

LeasePlan has been held since 2016 by a group of investors including TDR Capital that bought the Amsterdam-based company from German carmaker Volkswagen.