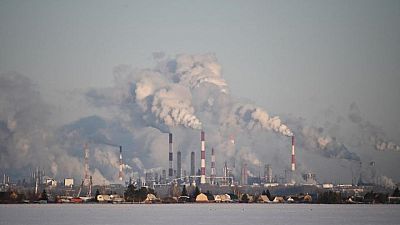 MOSCOW – Russia is unlikely to hit its May target of pre-pandemic oil output levels due to a lack of spare production capacity but could do so later in the year, analysts and company sources said on Tuesday.

Deputy Prime Minister Alexander Novak, in charge of Moscow’s ties with the OPEC+ group of oil producers, has said output by May is expected to hit pre-pandemic levels, or about 11.33 million barrels per day (bpd) of oil and gas condensate, as seen in April 2020.

However, many oil producers have reported they are almost out of spare production capacity having reduced output in tandem with other OPEC+ producers.

Part of the problem is old wells, mostly in Siberia, that are struggling to increase output, industry sources say.

Production of oil and gas condensate in December stayed at around 10.9 million bpd, in line with November, despite Russia’s OPEC+ quota rising by 100,000 bpd.

“It’s possible that Russia will be behind the output increase schedule in the first half of 2022 and not reach its pre-crisis level until the end of summer,” said Dmitry Marinchenko of Fitch Ratings.

Marinchenko said it would be hard for Russian companies to increase monthly output by 100,000 bpd and that they would need to intensify drilling.

“That would take some time,” he said.

A source at one Russian oil major said efforts to boost oil production have also been hampered by a lack of new wells at oilfields with high levels of water, as well as declining oil well production rates at hard-to-recover fields.

He said Russia would not likely hit pre-pandemic output levels before August.

Alexei Kokin of Otkritie brokerage had a similar view: “Russia is unlikely to reach the pre-crisis output in April. According to the plans of OPEC+, this should happen by September.”

Until 2017, Russia never cut production in tandem with OPEC producers. But last year its cuts amounted to almost a fifth of its capacity, or 2 million barrels per day (bpd) amid a global demand collapse caused by the pandemic.

OPEC+ is easing its output curbs, however, and in early December agreed to stick to its plan to increase output in January by 400,000 bpd.