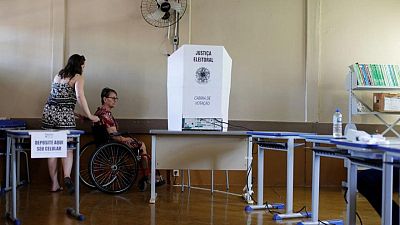 SAOPAULO – Brazil’s Positivo Tecnologia SA announced on Monday it had been awarded a 1.17 billion reais ($206.85 million) contract to supply electronic voting machines for the country’s 2022 elections.

Shares in Positivo were up 4.6% at 10.13 reais in late morning trading, outperforming the wider market, which was around flat.

Positivo said in a securities filing it had been confirmed as the tender’s winner.

Brazil’s electoral court the TSE organised the tender for the supply of up to 176,000 voting machines and some products and services ahead of elections in October 2022.

TSE had said Positivo was the sole contender in the tender, which follows unsuccessful attempts by President Jair Bolsonaro to discredit Brazil’s voting system.

Bolsonaro said multiple times that the electronic voting system was rigged during the 2018 presidential election, which he only won after a second round when he said he should have been elected in the first round of voting.