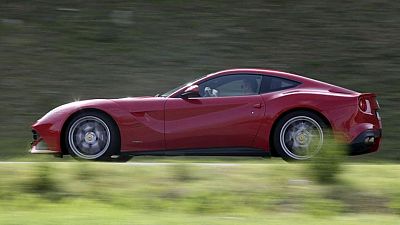 Those who have decided to leave include Chief Technology Officer Michael Leiters, the carmaker said.

The planned reorganisation, to be unveiled in detail on Jan. 10, was consistent with Ferrari’s “strategic goals of exclusivity, excellence and sustainability”, it said.

Vigna, an industry veteran, took the CEO role at the beginning of September with a task to drive Ferrari into the new era of electrification.

The new management structure will “further foster innovation, optimise processes and increase collaboration both internally and with partners”, the carmaker said.

Leiters, a German national who joined Ferrari in 2014, has helped develop Ferrari’s recent most successful models, including the 2019’s SF90 Stradale and this year’s 296 GTB, the house’s first two hybrid electric cars.

Other top managers leaving the company are Chief Manufacturing Officer Vincenzo Regazzoni and Chief Brand Diversification Officer Nicola Boari, who oversaw Ferrari’s push into luxury, with the unveiling in June of its first in-house fashion collection.

Key figures in the new organisational framework have been already identified through internal promotions and new hires, and will join the company starting from next month, Ferrari said.