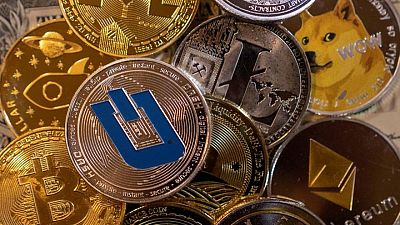 MOSCOW – Russia’s central bank ratcheted up its campaign against private cryptocurrencies on Friday, a day after Reuters reported it wants to ban investments in them.

Valeriy Lyakh, head of its department for countering market misconduct, said in a video that investment in cryptocurrencies was an “out-and-out swindle” and a “financial pyramid”.

The market was volatile and had no regulation, Lyakh said, adding that nobody investigated manipulation in it.

Russia opposed private cryptocurrencies for years, saying they could be used in money laundering or to finance terrorism.

Although it gave them legal status in 2020, it banned their use as a means of payment.

“We have a negative attitude towards crypto currencies. We definitely do not support any circulation of it in our country,” Lyakh said in the video.

Sources told Reuters on Thursday that Russia’s central bank sees risks to financial stability in the rising number of crypto transactions and advocates a “complete rejection” of them, sending bitcoin falling.

In a reply to Reuters’ request for comment, the central bank said it was preparing an advisory report to set out its stance on the issue. It did not comment on specifics.

The Bank of Russia has previously said the country needed a further adjustment of cryptocurrency regulation, pointing to the experience of China and India.

In September, China intensified its crackdown on cryptocurrencies with a blanket ban on all crypto transactions and mining, hitting bitcoin and other major coins and pressuring crypto and blockchain-related stocks.

Meanwhile, the Bank of Russia is planning to issue its own digital rouble, joining the global trend to develop digital currencies to modernise financial systems, speed up payments and counter a potential threat from other cryptocurrencies.