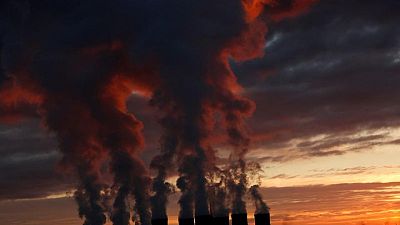 LONDON -The benchmark price in the British carbon market on Thursday hit its highest level since the market launched in May.

Britain launched its own emissions trading scheme (ETS) on May 19 to replace the European Union’s ETS after it left the bloc.

The ETS is a method of charging power plants and other industrial entities for each tonne of carbon dioxide they emit.

Britain’s Emissions Trading System (ETS) Authority had decided not to intervene in the country’s carbon market on Tuesday, even though prices were high enough to trigger a so-called cost containment mechanism in December.

“The increase in UKA price can be explained by fundamental reasons. We could see the decision to not intervene in the market being supportive to the UKA price,” Refinitiv analysts said.