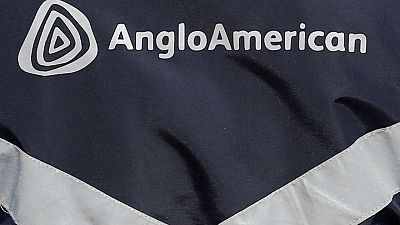 LONDON -Anglo American Plc said on Friday it could expand the scope of a project in Britain to produce fertiliser nutrients and would outline future expansion proposals by the end of 2022.

At Friday’s annual investor update, the company said developing the deposit of polyhalite, a multi-nutrient fertiliser, would require investment of $700 million in 2022.

It did not give an update on the production start date, but previously said the project would start up in 2024 with output of 10 million tonnes a year in the initial phase.

“In looking at ore body and the market, we think there is scope to drive towards a bigger project than was originally envisaged, which means the capital spend overtime takes us to a bigger scope and a bigger project,” Chief Executive Mark Cutifani said.

The company also announced a new chief executive of the Crop Nutrients unit which handles Woodsmith. Tom McCulley, who led development of the Quellaveco copper project in Peru, would replace Chris Fraser, it said.

Overall, the diversified mining company said it expected to deliver 35% growth over the next decade at margins of 50%, with capital expenditure put at $6.2 billion to $6.7 billion in 2022.

It forecast a stronger performance in 2022, while planning to harness early copper production from Quellaveco, a $5 billion project in one of the world’s largest untapped copper resources.

The project in world’s second copper producer is due to start up amid change in Peru, where a new leftist administration led by President Pedro Castillo has pledged to overhaul the mining industry and redistribute mineral wealth.

Friday’s investor update was the last held by Cutifani before he is replaced in April by insider Duncan Wanblad.