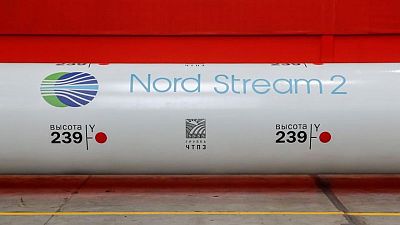 MOSCOW – Windfall revenues from high European gas prices mean Russia’s Gazprom will not start pumping gas through the Nord Stream 2 pipeline before certification and it will not press Germany to speed up the process, two sources said.

Pumping gas without the German approval would only incur a modest fine, but as Germany gets new political leadership and Russia’s ties with the West are severely strained, a source at Gazprom said it was content to wait.

“We don’t want to seek faster approval for the pipeline. Now it’s Germany that is in charge,” the source said on condition of anonymity.

The same source said that Gazprom, Russia’s biggest tax payer, and the Kremlin were also keen to understand how ties with Germany’s new government would evolve after the departure of Angela Merkel, who supported Nord Stream 2.

The Kremlin has said publicly it does not view as political the certification process, understands it is complex and that Russia must be patient.

The second source said Gazprom was “feeling great” and expected next year’s gas market to remain as short of gas as it is now, keeping prices high. Gazprom’s additional supplies were not yet onstream, the source said.

The Russian gas export pipeline monopoly, which supplies 35% of European needs, says it is meeting contracted commitments – which top European clients have confirmed to Reuters.

But European politicians, under pressure from consumers who face a jump in winter heating bills, say Russia could supply more and is using gas prices as leverage in a dispute over the Gazprom-backed Nord Stream 2.

The pipeline, which will double Russian gas export capacities to Europe via the Baltic Sea, is fiercely opposed by Ukraine, which stands to lose lucrative transit fees, and by many Western politicians who say Moscow uses energy as a political weapon, something it denies.

Russia finished building the pipeline in September and filled one of its two lines with gas in expectation of approval from Germany.

But the regulator said in November it was suspending the certification process because the Swiss-based consortium behind the project needed to form a company under German law to get an operating licence.

The suspension could delay the start of operations until March next year, sources have said.

A Gazprom official told a conference call on Monday that the pipeline’s operating company, Nord Stream 2 AG, has been in close contacts with the Germany’s regulator but declined to provide timing for when deliveries could start.