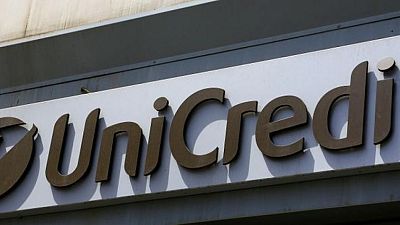 MILAN -UniCredit is looking to extend a deadline for a call option that would allow Italy’s second-biggest bank to take full ownership of an insurance joint venture with France’s CNP Assurances, two sources close to the matter said.

As part of a push to focus on its core markets, Aviva in March agreed to sell to CNP a 51% stake in Aviva SpA, a life insurance joint venture with UniCredit, which is being renamed CNP Vita Assicura.

CNP said on Tuesday the accord with UniCredit over CNP Vita Assicura gives the bank the right to buy CNP‘s 51% stake at a set premium to the price the French insurer paid to Aviva.

The two sources speaking on condition of anonymity said the parties were discussing extending the deadline to allow UniCredit to decide over the medium-term whether to take over in full the life insurance joint-venture.

They did not specify when a new deadline would be, but the aim would be to take advantage of an anticipated more favourable regulatory treatment of banks’ stakes in insurers and help to boost UniCredit’s fee income.

UniCredit, which is presenting a new strategy on Dec. 9 under new Chief Executive Andrea Orcel, is looking to streamline its domestic insurance operations, likely retaining only two partners, two other people close to the matter said. The partnership with Aviva formerly and now CNP is one of five joint ventures through which UniCredit runs its domestic insurance business. Its other partners are Germany’s Allianz and Bologna-based UnipolSai. CNP had another life joint-venture in place with UniCredit before the deal with Aviva. Under the Aviva deal, CNP has also acquired 100% of Aviva Life and 93% of Aviva Italia Servizi, which provides business support services.

If UniCredit exercises the call option, CNP Assurances has the right to also sell Aviva Life and Aviva Italia Servizi to UniCredit at the price it paid Aviva, CNP said.