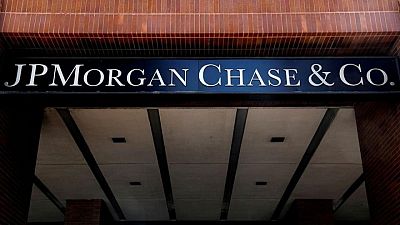 – Wall Street banks are not immediately changing their U.S. return-to-work plans in response to the new COVID-19 variant, but they are monitoring the situation, they said.

New York Governor Kathy Hochul issued a COVID-19 “disaster emergency” declaration on Friday, citing increasing rates of infections and hospitalizations and the threat from the new variant, which has not yet been detected in the United States.

Emboldened by aggressive vaccination drives and falling COVID-19 cases in major financial hubs, banks had been pushing ahead with plans to bring workers back to their U.S. and other offices around the globe, albeit at varying paces.

Goldman Sachs, JPMorgan and Morgan Stanley have been the most aggressive. Goldman and JPMorgan have had most workers back at offices on a rotational basis since the summer.

Morgan Stanley Chief Executive James Gorman had been pushing over the summer for workers to return, although insiders say that stance has since softened.

Others, like Wells Fargo, Citigroup and Bank of America have taken a more flexible stance.

Wells Fargo pushed its return-to-office plans back to January 2022, while Citigroup employees in New York, Chicago, Boston, Philadelphia and Washington, D.C. have been working from the office at least two days a week since Sept. 13.

Bank of America has allowed vaccinated staff to return to its offices since early September, while encouraging other employees to get inoculated.

Spokespeople for the six banks said that for now their plans had not changed, with some adding they would continue to monitor the situation and take their cue from the U.S. Centers for Disease Control and Prevention.

“We will continue to follow the science as we have from the start,” a Wells Fargo spokesperson said in an emailed statement. “Our number one priority is the safety of our employees and our customers.”