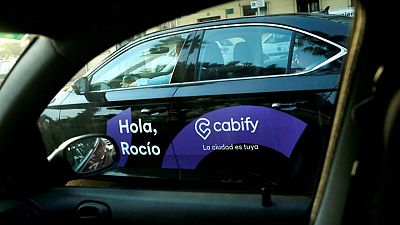 MADRID -Spanish ride-hailing app Cabify will begin offering grocery deliveries in its Latin American markets next year after debuting the service in Spain a month ago, Lucia Chavarri, the vice president of new business, said on Tuesday.

“We will launch our Cabify Super service next year in Latin America,” Chavarri told reporters at an event celebrating the multi-mobility company’s 10th anniversary, in a move designed to capitalise on a pandemic-fueled boom in quick e-commerce.

The service, which allows users to place orders from nearby partnered supermarkets, is likely to land in the first Latin American market in the first half of 2022, a source within the company told Reuters.

The company operates in Argentina, Chile, Colombia, Ecuador, Mexico, Peru and Uruguay. It did not specify in which market it would launch first.

A new crop of startups has sought to consolidate market share in the sector, including Turkey-based Getir and Berlin-based Gorillas, both of which have expanded across borders in an increasingly crowded field.

Ride-hailing apps have notably been moving into that line of business to compete with meal-delivery apps such as Glovo as lines blur between providers of urban mobility and courier services.

London-based rival Gett – which will go public on the Nasdaq market in the first half of next year via a $1 billion merger with a blank-check firm – is also set to start operating in Spain in 2022.

Cabify expects to generate $516 million in revenue this year and outstrip its pre-pandemic core earnings, or EBITDA, in the fourth quarter of this year.

Chief Financial Officer Antonio Espana projects sales of $167 million in the period, up 43% from the same quarter of 2019.

“Going public is just one option at our disposal to finance our growth plans, and we’ve no concrete date so far,” Espana said. “We want to keep financing our conquest of mobility and working on our recovery using our own resources for now.”