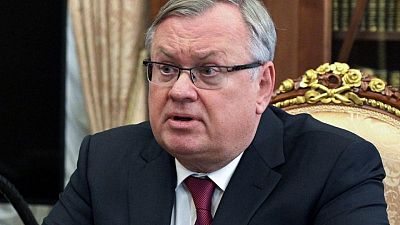 Kostin told Reuters in an interview conducted for publication on Monday that one-off factors including the sale of VTB‘s 17.3% stake in food retailer Magnit would help drive profit growth this year.

However, rising interest rates are hurting margins and that would be felt more clearly next year.

Rising inflation has prompted the Russian central bank to lift its key interest rate by 325 basis points so far this year and it has signalled more increases to come.

VTB expects another 50 bps rate rise at the central bank’s next meeting on Dec. 17 and Kostin said higher interest rates would depress overall retail lending growth in Russia’s banking sector to 14.5% next year, from 22% in 2021, and corporate loans growth would be below 10%, down from 10-12% expected this year.

“That said, it is possible that VTB‘s net profit for 2022 may not be as high as the record (we expect in) 2021 – growth in business would be offset by loss in margins,” he said.

The bank will recommend paying 50% of its net profit in dividends on ordinary shares on this year’s results but plans to talk to the government on paying less on the preferred shares, Kostin said.

The Russian government controls 92.2% of VTB via ordinary and preferred shares. The remaining 7.8% of VTB is represented by ordinary shares and is in a free float.

As political tensions between Russia and the United States increase on everything from the Nord Stream 2 gas pipeline to relations with Ukraine, some U.S. lawmakers recently suggested extending sanctions on Russia’s secondary OFZ treasury bond market.

Existing U.S. restrictions already ban U.S. investors from buying into new OFZ bonds but Kostin believes any new sanctions on OFZs, if adopted, would not represent a ‘serious threat’ for the country’s financial stability.

“The Russian market, with such players as Sberbank and VTB, major OFZ holders, is incomparable with the OFZ portfolio held by U.S. investors,” he said.

According to Kostin, VTB plans to increase its OFZ portfolio by another 100 billion roubles in the coming months, and to keep that level stable further on.

“I do not think that this (potential new sanctions) is a serious threat for the country’s financial stability or for the bank,” he said, adding that any new sanctions would hurt U.S. investors first while increased yields, as a result, would allow Russian bond buyers to earn even more.

But overall, Kostin, a former diplomat himself, said he was worried about increasing tensions between Russia and Western nations, calling the current political backdrop “even more alarming than a couple of months ago”.