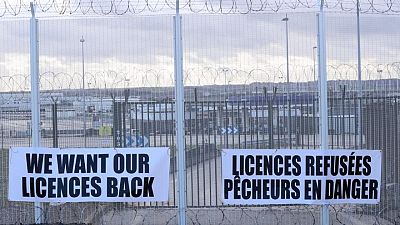 PARIS – French European Affairs Minister Clement Beaune said on Monday that he was eyeing a December 10 deadline for a resolution on a spat between France and Britain over the handing out of fishing licences in the wake of Brexit.

“If there is no big gesture between now and December 10, we will end our dialogue,” Beaune told France Inter radio.

The dispute broke out after Britain left the European Union, with Paris saying London should have issued more French boats with licences to fish in British territorial waters. Britain says it is respecting post-Brexit arrangements.

Tensions flared in October, when France briefly seized a British fishing boat in its waters, and both countries sent maritime vessels to waters off the English Channel island of Jersey earlier this year.

On Friday, French fishermen temporarily blockaded the port of Calais and the Channel Tunnel in an effort to disrupt trade between Britain and the continent, marking an escalation in their row over licences to fish in British waters.

The dispute centres on the issuance of licences to fish in territorial waters six to 12 nautical miles off Britain’s shores, as well as in the seas off the coast of Jersey, a Crown Dependency in the Channel.