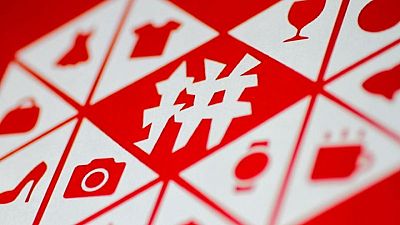 By Sophie Yu and Tiyashi Datta

Shares of Shanghai-based Pinduoduo had already fallen nearly 54% this year as Chinese authorities clamped down on large tech companies to keep a check on monopolistic practices and protect personal data.

Pinduoduo reported total revenue of 21.51 billion yuan ($3.37 billion) for the third quarter, below analysts’ average estimate of 26.59 billion yuan, according to IBES data from Refinitiv.

New clusters of COVID-19 outbreaks in China have prompted consumers to become more cautious about spending.

Chief Executive Chen Lei said on an earnings call the company would focus more on investing in research and development. “This is a significant shift in strategy from our first five years when we were focusing much more on sales and marketing,” he said.

Natalie Wu, managing director of Hong Kong-based brokerage Haitong International, said the pre-market share price move was an over-reaction. “The seemingly large miss is largely due to self-operated low-margin stuff, and marketplace GMV (gross merchandise value) growth is indeed quite resilient amid macro headwinds,” she said in a research note.

“Pinduoduo’s growth rate is stabilizing as they approach 900 million users,” she added.

The company said on the earnings call it planned to expand investment in tech-enabled agricultural solutions to address critical needs in the sector.

“The investment in agriculture will be heavy and long-term,” said Liu Xingliang, a Beijing-based independent internet analyst. “It is good for the company in the long run, but investors won’t be that patient.”

Liu also said Pinduoduo’s growth rate was slowing as its user base nears a peak. “The phase of aggregating large number of new users is over.”

U.S.-listed shares of rival Alibaba Group Holding Ltd, which slashed its annual revenue outlook earlier this month, were down 2.7%, while those of JD.com Inc were 1.7% lower.

Meanwhile, Meituan forecast a weaker outlook for its core food delivery business next year, after reporting its largest-ever quarterly loss in three years. It also faced economic headwinds as consumption in the world’s second-largest economy slows.

Pinduoduo said the number of its average monthly active users during the quarter grew 15% to 741.5 million.

Excluding items, it earned 2.18 yuan per share, compared with the estimates of 0.15 yuan.