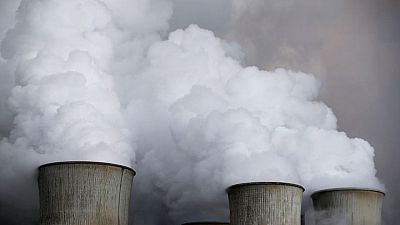 LONDON – Germany’s new energy transition plan is unlikely to have a big impact on prices in Europe’s carbon market, analysts said on Friday, despite plans to introduce a minimum carbon price domestically.

The incoming German coalition government on Wednesday announced plans to ideally bring forward Germany’s coal exit to 2030, from a previous target of 2038, and said it could introduce a minimum domestic carbon price of 60 euros/tonne if a floor price cannot be implemented at an EU wide level.

The benchmark EU carbon allowance (EUA) price rocketed to a record high above 75 euros a tonne on Thursday, which some market participants attributed to bullish sentiment surrounding the German announcement.

However, Florian Rothenberg, EU power and carbon markets analyst at ICIS, said he thought the rally was overdone, with Germany’s push to set a minimum price in the wider EU carbon market likely to fail as previous attempts by countries such as France have done.

“I cannot see a floor price being adopted at an EU level. Countries, especially those already saying their energy prices are too high, would oppose,” he said.

There is already a mechanism in the ETS to remove surplus permits to prevent oversupply, called the market stability reserve (MSR), and Germany has also indicated it would cancel extra allowances arising from the phase-out.

“Overall, we expect the price impact of an earlier coal phase-out to be negligible. As MSR and cancellation will shield the EU ETS from potential bearish price impact,” analysts at Refinitiv said.