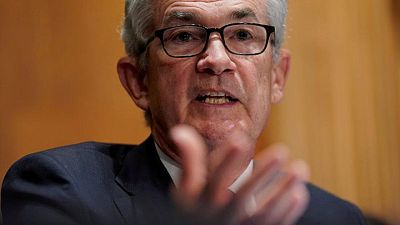 -A growing number of Federal Reserve policymakers indicated they would be open to speeding up the elimination of their bond-buying program if high inflation held and move more quickly to raise interest rates, minutes of the U.S. central bank’s last policy meeting showed.

The readout released on Wednesday was the latest indication that anxiety about rising inflation at the Fed has now taken root, with many officials at the Nov. 2-3 meeting also suggesting elevated price pressures could prove more persistent.

The durability and broadening in price pressures has taken the White House and the central bank by surprise and prompted both to respond. U.S. President Joe Biden and Fed Chair Jerome Powell stressed earlier this week that they would take steps to tackle the rising costs of everyday items, including food, gasoline and rent.

Although the surge in inflation in late spring and over the summer was portrayed as transitory, concern within the Fed has mounted as readings have continued to remain elevated into the fall.

“Various participants noted that the (policy-setting) Committee should be prepared to adjust the pace of asset purchases and raise the target range for the federal funds rate sooner than participants currently anticipated if inflation continued to run higher than levels consistent with the Committee’s objectives,” the Fed said in the minutes.

Fed policymakers unanimously decided at last month’s meeting to begin reducing the central bank’s $120 billion in monthly purchases of Treasuries and mortgage-backed securities, a program introduced in early 2020 to help nurse the economy through the COVID-19 pandemic. A number outright favored a faster taper of the bond-buying program during those deliberations, the minutes showed.

The original pace would see the asset purchases tapered completely by next June. Since then, however, there have been increasing calls by some policymakers to accelerate the timeline in the face of the continued high inflation readings and stronger job gains, in order to give the Fed greater flexibility to raise its benchmark overnight interest rate from the current near-zero level earlier next year if needed.

Investors’ reaction to the release of the minutes was largely muted, with the S&P 500 index up about 0.2% in late afternoon trading. Yields on the shorter-dated Treasuries most sensitive to Fed policy expectations held steady at slightly higher levels, while the dollar remained near its highest mark since July 2020 against a basket of major trading partners’ currencies.

“The (policy committee) has clearly woken up to the realisation that, even if it falls back somewhat, inflation is likely to remain above target for some considerable time,” said Paul Ashworth, chief U.S. economist at Capital Economics.

A number of other policymakers at the Fed’s November meeting, however, still advocated for a more patient approach, wanting more data in hand, although all agreed the Fed “would not hesitate to take appropriate actions to address inflation pressures that posed risks to its longer-run price stability and employment objectives.”

But with further robust economic data released over the past three weeks, all signs point to an acceleration of the bond-buying taper now being firmly on the table at the Fed’s next policy meeting on Dec. 14-15.

Data released on Wednesday showed the number of Americans filing new claims for unemployment benefits fell to the lowest level since 1969 last week, while the Fed’s preferred measure of inflation continued to run at more than twice https://www.reuters.com/markets/us/us-consumer-spending-surges-october-inflation-heats-up-again-2021-11-24 the central bank’s 2% flexible average goal in October.

San Francisco Fed President Mary Daly, one of the central bank’s most cautious policymakers, also said on Wednesday she is open to a quicker wind-down of the bond-buying program if jobs and inflation data remain steady and that she could see the Fed’s policy-setting committee raising rates once or twice next year.

Investors currently see a 53% probability that the Fed’s overnight lending rate will rise in May of 2022, up from 45% on Tuesday, according to CME Group’s FedWatch program.

Inflation in October rose at its fastest annual pace in 31 years, testing the Fed’s working assumption for most of the year that the pandemic-induced burst would be temporary as supply bottlenecks eased and demand rotated from goods to services.

Some other policymakers have said recently they too are now more comfortable with an interest rate hike earlier next year than previously anticipated, noting that the current pace of job gains would put the Fed on track to be near or at its maximum employment goal by the middle of 2022.