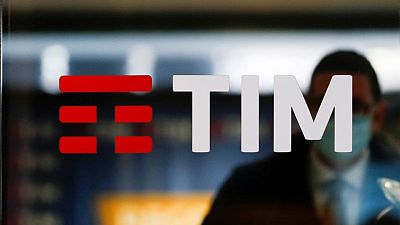 -KKR & Co and CVC Capital Partners are considering teaming up on a bid for Italy-based Telecom Italia SpA, Bloomberg News reported https://bloom.bg/3cNCTED on Thursday, citing people with knowledge of the matter.

The two private-equity firms have held exploratory talks about the potential for a joint offer, the report added, quoting people asking not to be identified as the talks are private.

CVC Capital declined to comment. KKR and Telecom Italia did not respond to a Reuters request for comment.

CVC has been studying a possible acquisition of Telecom Italia for several months, the people were quoted as saying in the Bloomberg News report, adding that the private-equity firms are still discussing the merits of teaming up for the joint bidding.

KKR had made a 10.8 billion euro ($12 billion) offer in the midst of a boardroom row between Telecom Italia CEO Luigi Gubitosi and the former Italian telecoms monopoly’s top investor Vivendi.

Gubitosi told the board that he is ready to step aside to speed up a decision on the KKR offer, according to sources.